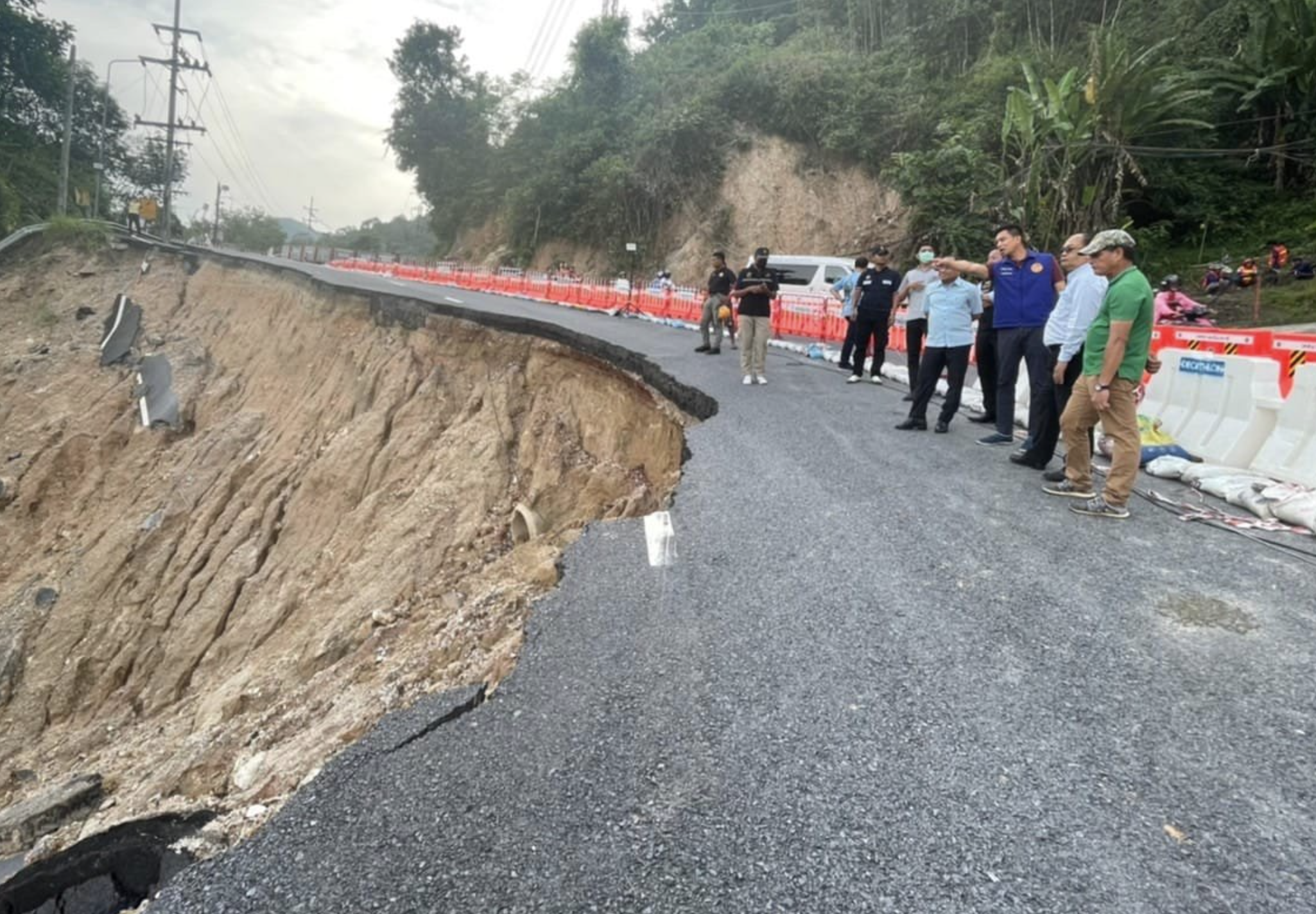 Other lane opens on Patong Hill

A few updates on road closures around the island.

Firstly, the latest announcement in Thai media is that one lane, in both directions, will be open to smaller vehicles and pick-ups (and probably vans) on the damaged section of the Patong Hill road.

According to Newshawk Phuket, the two lanes will open from 4pm today (Thursday).

Contractors are continuing to focus on foundation rocks at the bottom of the hill, directly underneath the section that collapsed three weeks ago. Trucks are arriving and delivering the new rocks to provide a new, solid foundation for the road repairs. Following a visit by the Phuket Governor and local officials yesterday, the decision was made to allow the additional lane for vehicle traffic. One downhill lane was opened earlier this week.

Secondly, the By Pass Road from Samkong to Koh Kaew, is now full reopened, in both directions. All four lanes are now open after being closed for two weeks whilst an abandoned hotel was removed after torrential rain washed away much of the cliff’s foundations where it was constructed.

The road was fully opened in the middle of yesterday afternoon after local officials inspected the site.