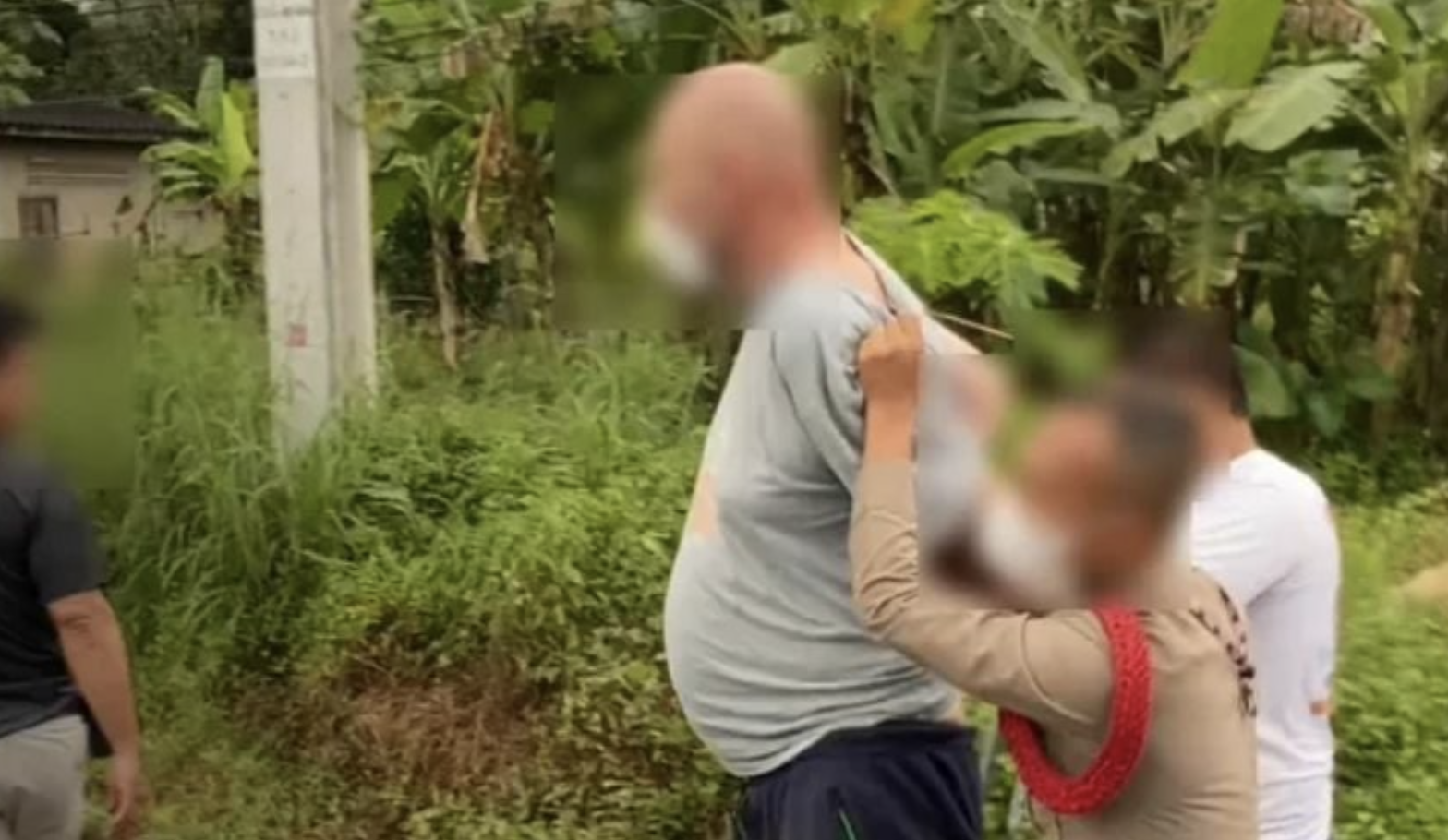 The story of the random hijacking of a Krabi taxi by a Norwegian national earlier this week now has more details.

The tall man is 50 years old and an engineer at an oil company abroad. Police have withheld the man’s name at this time.

Before the theft of the taxi, there was an incident at a flight ticket counter when he was “demanding” a ticket to fly to Bangkok from Krabi airport. The man, who is reported to be around 190 centimetres tall (and nicknamed “Big Farang” by Thai media), obstructed the exit of staff from the ticket booth.

Security were called and moved the man away from the booth but were unable to assist him in getting a flight out of Krabi.

Heading out to the taxi rank, he got into an argument with the taxi driver who refused to take him on the 12 hour drive to Bangkok.

Taking the wheel, he started driving himself, in the process damaging the taxi before police finally caught up with him when ran into a women’s toilet at a service station.

The Norwegian man is facing charges of theft and damage to private property. The man’s relatives have confirmed that they will pay for damages to the taxi.

The man has remained “uncooperative”, according to police and refused to make a statement or answer questions when taken to the Trang police station. His whereabouts are currently unknown but it is understood that his relatives are in contact with him and cooperating with police on the matter.