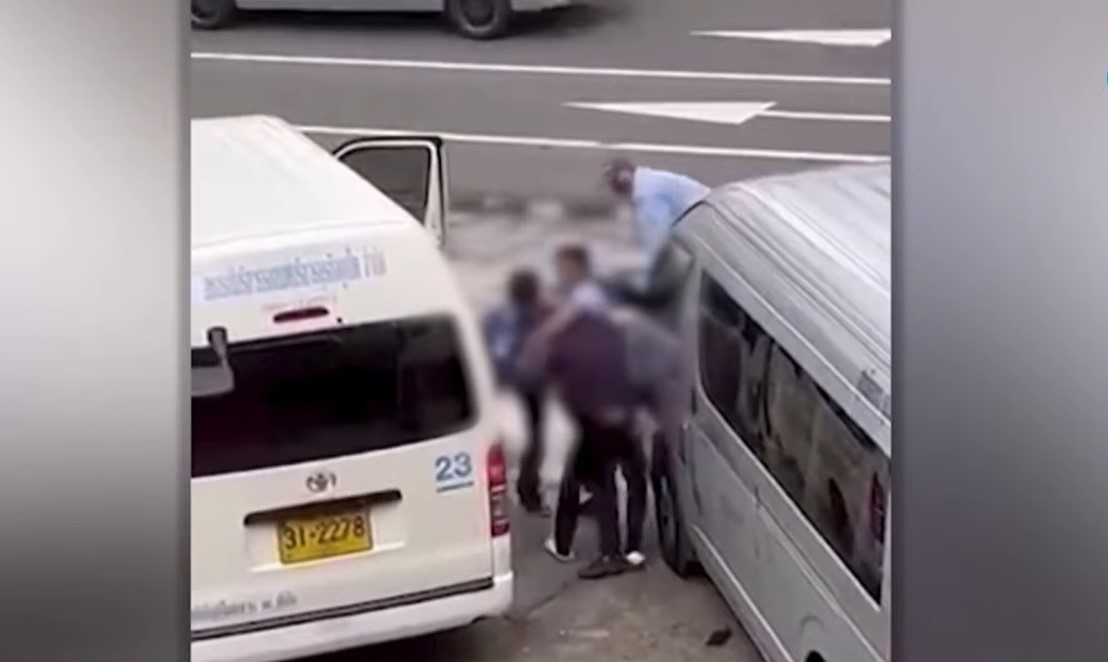 Screenshot from You Tube/Channel 8 News

The reputation of Phuket’s taxi drivers continues to take a self-inflicted hammering, with yet another video clip going viral on social media. This time the footage appears to show 2 minivan drivers coming to blows, allegedly over foreign customers. The Phuket Express reports that the incident took place in front of a souvenir shop on Thepkasattri Road, in Thalang district, in the north of the island.

Pisit Chuenpetch, chief of Thalang Police, says the drivers appeared to get into an argument over who would pick up some foreign tourists who were doing some souvenir shopping. The verbal disagreement then turned physical.

“The incident happened in front of a famous souvenir shop on Thep Kasattri Road northbound in Thalang. Minivan drivers were waiting for foreign tourists while they were shopping inside the shop. Both parties were disappointed with some issues, reportedly about who would transport the tourists, before they started the fight.”

“One of the drivers sustained several injuries. He went to a hospital before filing an official report to police.”

Video courtesy of You Tube/Channel 8 News

“We have been notified about the incident. We are investigating to find out what happened for further legal action.”

Authorities around the country are keen to mitigate the behaviour of a small number of taxi, tuk tuk and van drivers who are getting publicity for all the wrong reasons. The Tourist Police invite you to make an official complaint on 1155 if you find your drivers not turning on their meters or acting badly.