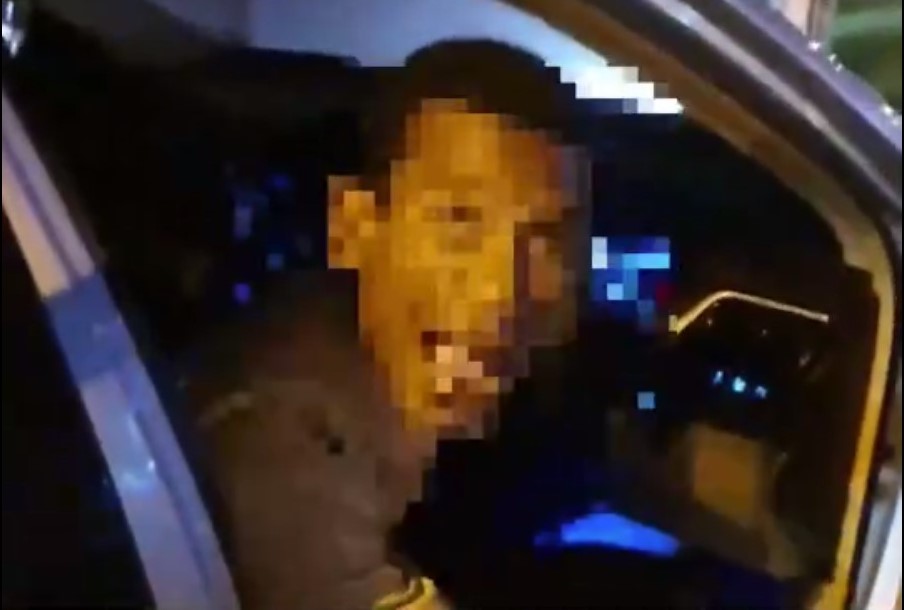 And here we go again…

Video footage of a Phuket taxi driver, shouting and flipping off other drivers, has gone viral on social media. According to a Phuket Express report, the clip was posted by a motorbike driver who witnessed the taxi driver angrily honking his horn and shouting at other road users to get out of his way.

The incident happened last night in the district of Kathu and was captured by Passakorn Sirichochot, who says the taxi driver wanted to make a left-turn at a red light.

“Last night, I was driving my motorbike home. There was a taxi driver that was honking his horn to chase away other vehicles in front of him. When I arrived at an intersection at a red light in Kathu, the taxi driver honked his horn repeatedly to chase other vehicles away again to make a left turn. However, there is a sign saying ‘Left turn please wait for the green light’”.

According to Passakorn, the impatient driver continued shouting at other motorists who wouldn’t move out of his way.

“The taxi driver lowered his car window before shouting expletives and rude words to other drivers who did not move out of his way. I warned him to please calm down but he cursed me out and then shot me the middle finger and sped away.”

Last night’s incident is the latest in a seemingly never-ending display of bullying, intimidation, and even violence by a number of Phuket taxi drivers. Despite several drivers having been hauled before police for similar offences, and warned of the damage they are doing to the island’s fragile tourism sector, the antics continue.

Many incidents have also been dismissed as “misunderstandings” with seemingly no plan in place to address the issue, which appears to be unique to Phuket, including a systemic ‘fixed price’ regime for fares, many times higher than other parts of Thailand (Samui has a similar problem, especially from the airport).

Once again, in this instance, there has been no confirmation from police as to whether they plan to track down the offending driver for questioning or take any further action against him.

You can read about some of the other unsavoury incidents involving Phuket taxi drivers HERE, HERE, HERE, HERE and HERE, along with our opinion piece on how to solve the island’s taxi problem once and for all HERE.