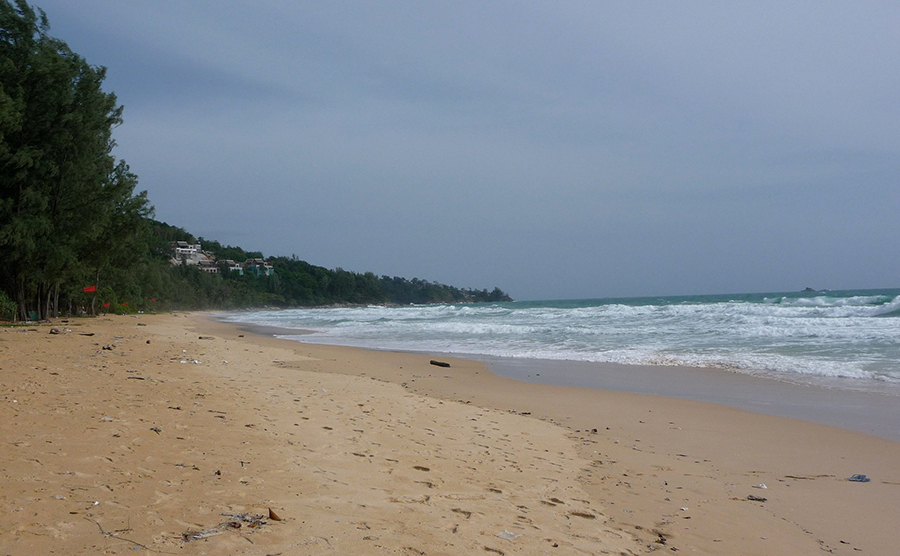 Phuket’s rough monsoon seas tragically claimed more lives at the weekend, with a Vietnamese mother and daughter having both drowned. The incident occurred at Nai Thon Beach, in the north of the island, yesterday morning. Red flags had been placed along the beach as a warning to people not to enter the water, due to high waves and strong winds.

According to Suporn Muangkhai from Sakhu police station, the authorities were alerted at around 7.15am. When they arrived at the scene, they were told 3 Vietnamese tourists had entered the water despite the presence of the red warning flags. It’s understood the tourists were staying at the nearby Phuket Arcadia Naithon Beach hotel.

The Bangkok Post reports that the mother and daughter were caught up in waves around 2 metres in height and swept away from the shore. The steep shoreline along Nai Thon Beach causes quite high waves close to the beach.

Rescue workers entered the sea and managed to retrieve both swimmers, who were unconscious, bringing them ashore. The rescuers performed CPR before rushing both victims to Thalang Hospital, where they were pronounced dead. It’s understood the third Vietnamese tourist is now safe.

The drowned tourists have been named as 52 year old Hoang Hai Van and her 16 year old daughter, Nguyen Chuc An. The Vietnamese Embassy have been notified and the victim’s bodies transferred to Vachira Phuket Hospital, where autopsies will be performed.