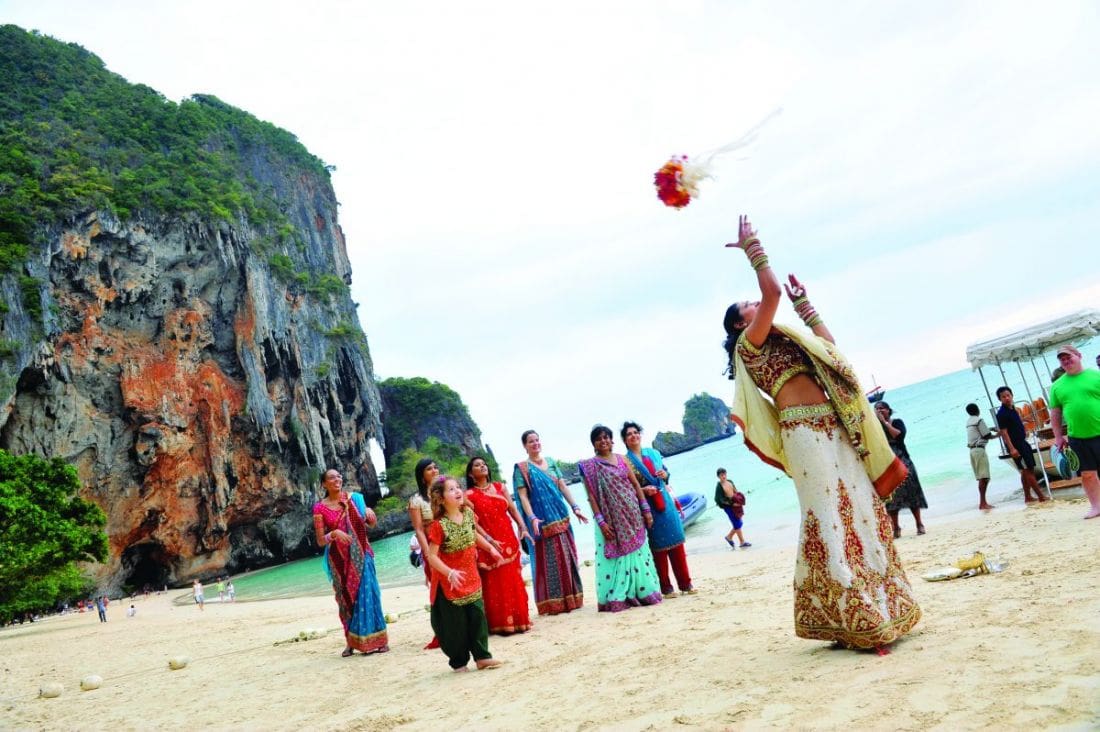 Indian tour operators and travel agencies attending the Thailand Travel Mart Plus 2022 in Phuket last week say they’re interested in new travel products for the luxury travel market, including Indian honeymooners and those attending events on the island. Most say that the Thailand Pass is no longer a deterrent to travel, but that they’d like to see more direct air links with Phuket.

Direct flights started back on the island at the start of April, including from three major Indian cities.

Sajjan Kumar Gupta, CEO of Vayu Seva Tours & Travel, says he hopes to see more direct flights from cities like Mumbai, Kolkata, Bangalore, and Delhi, according to a TTR Weekly report. He says that since Thailand dropped the Test & Go requirement, there has been an increase in interest from Indian travellers anxious to return to the kingdom after 2 years of being unable to do so.

“We have got an average daily of around 800 seats out of Kolkata to Thailand. And we’re doing almost 70% plus occupancy from Kolkata. I am praying that the direct flight from India remains flying. If the flights are there, definitely customers will visit Phuket.”

Gupta says travel costs have risen by around 10 – 15% globally, but travellers understand this and are still anxious to resume international travel plans.

The Indian market is a significant one for Thailand, particularly in light of the Russian market collapsing due to the war in Ukraine, and the Chinese market currently non-existent due to that country’s restrictions on outbound travel.

TTR Weekly reports that between January 1 and May 24 of this year, 100,884 Indian tourists arrived in Thailand under the Thailand Pass scheme. The Thai government says around 3,000 a day have arrived since Test & Go was cancelled.

In this article:Featured, flights from India, flights to Phuket, Indian tourists, Indians in Phuket