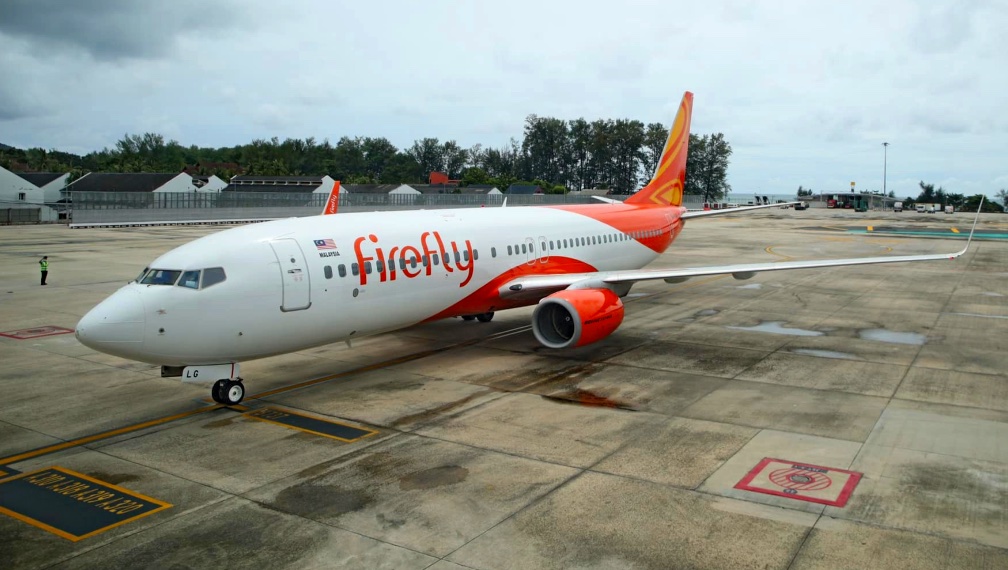 What used to be a daily 1 hour flight from Phuket to Penang, was abandoned in April 2020 as airlines were grounded in response to the Covid pandemic.

But on August 26, Yuthana Sopa, representative of Phuket International Airport with his team and staff as well as representatives from Tourism Authority of Thailand, Phuket Office, gathered at the airport to welcome back the first group of passengers flying with Firefly Airlines to Phuket from Penang.

Firefly offers domestic flights from Penang to Langkawi, Kota Bharu, Subang, and to the international destinations Banda Aceh in Indonesia and Phuket in Thailand. Its flights from Subang serve Penang, Langkawi, Alor Setar, Johor Bahru, Kuala Terengganu, Kota Bharu and Singapore. It is wholly own3d by Malaysian Airlines and employs around 14,000 people, The company flies 12 ATR 72-500s and 3 Boeing 737-800s.

Firefly Airlines is based on Penang.

Penang was once the ‘Pearl of the Orient’, for most western travellers in the 1960s and 70s, the only ‘orient’ they would know outside of Singapore and maybe Hong Kong. At the time Phuket wasn’t even known on the tourist map. It was the 1950s and 60s when jet travel had just started making the world smaller and the western middle class were in search of new and exotic locations.

The arrival team at Phuket International Airport today gave souvenirs to all inbound passengers from the first flight ‘HKT We Care’, and a waterproof bag, to all 126 passengers.

The flight was FY3600 route PEN – HKT which departed from Penang to Phuket. The passengers were welcomed and greeted at gate number 15 at the terminal building.

Penang’s popularity fell off the map sometime in the 70s and 80s. In the mid 1970s people started to visit the little Thai island of Phuket and a new ‘pearl’ would go on to being a tourist favourite, and still is – ‘Phuket, The Pearl of the Andaman’.

The two islands are, geographically, very close (378 kilometres apart) and share a similar history of both European and Chinese trading heritage. Walking around Old Phuket Town and Georgetown in Penang you’ll see a lot of the same style of sino-porteuguese architecture although Penang has always had a lot more grand colonial buildings due to the British colonisation of Malaya.

The most obvious difference between the two islands is that Phuket has great beaches and around 30 smaller islands within range of the many day trips available. Penang has few beaches and the water isn’t clear. Phuket has Patong and there’s really no equivalent in Penang (many would argue that’s a good thing). But Penang is an excellent foodie venue, steeped in history, is a popular place for expats and is also an important tech hub for Malaysia, aka. the Silicon Valley of the East.

The Firefly flights take around an hour and you can book HERE. 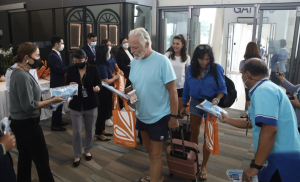 In this article:Firefly Airlines, flights to Phuket, Pearl of the Orient, Penang History, Penang to Phuket