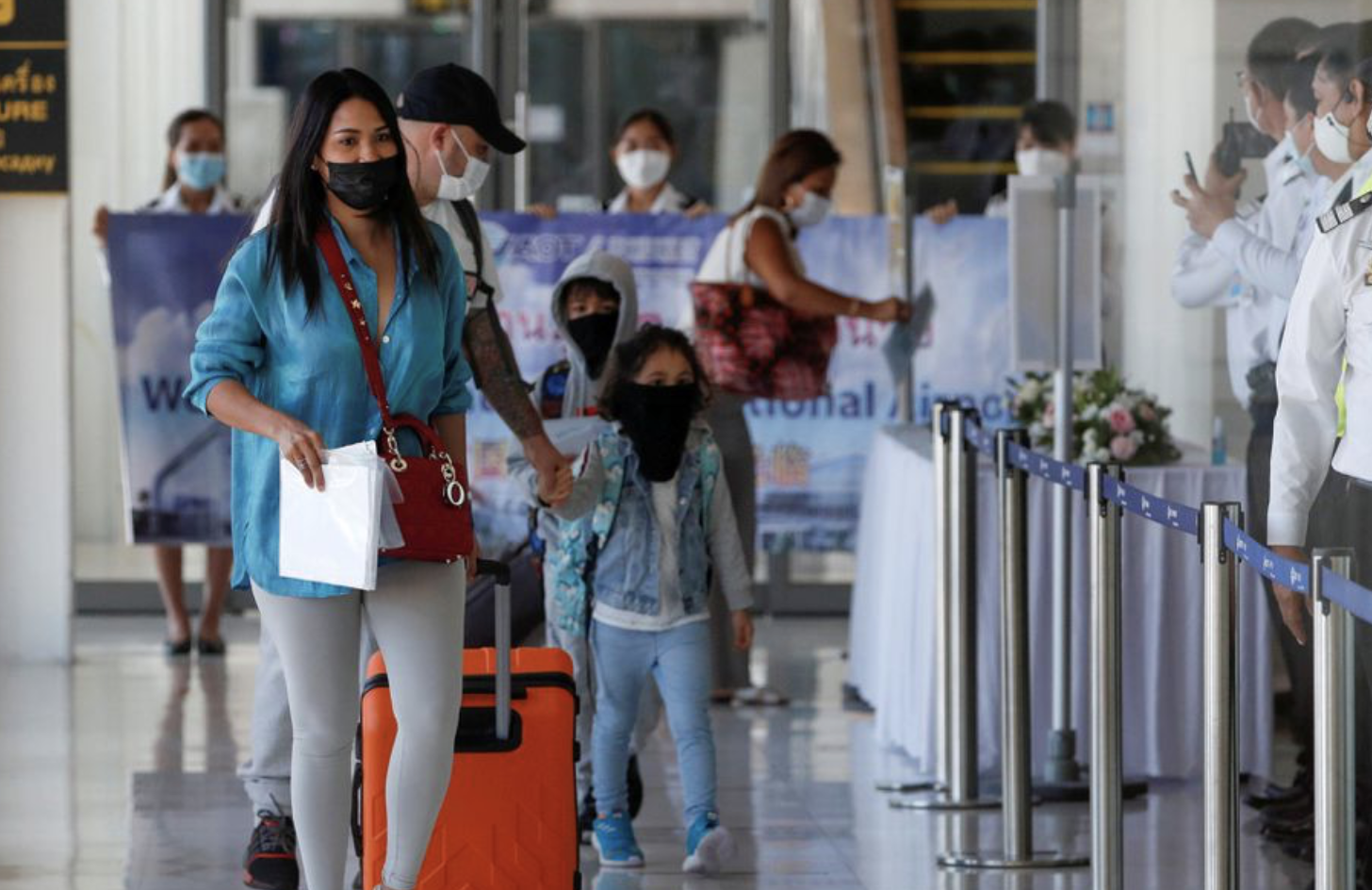 Figures from Phuket’s Immigration Office indicate that the huge surge of tourists into Phuket has levelled off after the Christmas/New Year holiday period.

From December 25 to this week, the daily arrival numbers have hovered between 9,500 and 12,900 people. But the average has ‘flatlined’ since December 15 last year and the graph at the bottom of the infographic (below) suggests a mild softening in demand since New Year.

Again, the Russian arrivals are, by far, the most numbers of the nationalities flying into Phuket at this time, almost three times more numerous as the second highest population of arrivals from India. The figures, below, show arrival numbers from the start of November up to January 14. 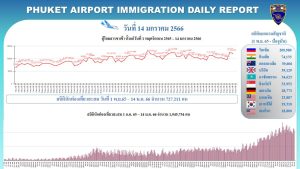 The next populous countries visiting Phuket are British, Australians, Kazakhstan, Singapore, Germany and Malaysia. From this month Phuket expects to see the return of Chinese travellers, starting with Chinese New Year which will start seeing arrivals for this holiday starting this week, culminating on January 22, the start of the Chinese Year of the Rabbit.

An average of the numbers coming to Phuket, in the period from November 1 – January 14 indicates just under a third of the tourist traffic Phuket was experiencing pre-2020, the last full year of travel before the Covid-19 pandemic.