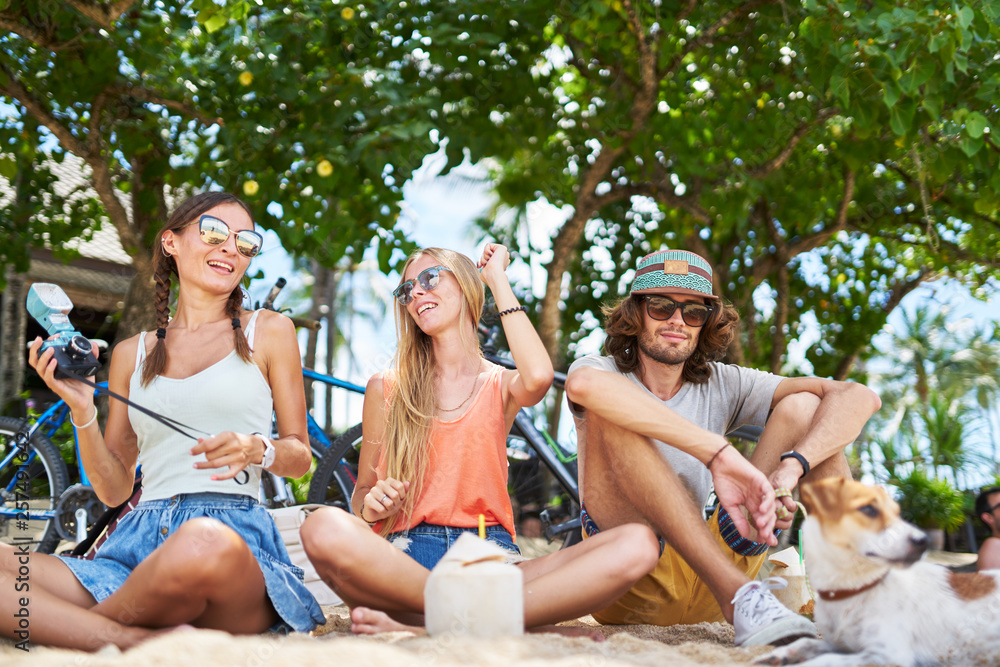 Phuket is busy again, for the first time since April 2020 when the government closed off the airports and passenger arrivals into Thailand, because of the Covid pandemic

Whilst the surge of tourists, principally from a couple of countries, is a very welcome return to business for many hotels, tour companies, restaurants and tourist-related businesses, the current arrival numbers could provide some stark warnings for the island’s sustainability as a tourism destination.

Without getting into the specific geo-politics, we should at least be completely transparent about how the current rush to repopulate Phuket with tourism customers may have some unforeseen consequences.

We should also acknowledge the influx of Russian arrivals, particularly since October this year (chart below). By a long way, Russians have become the predominant nationality fuelling Phuket’s recovering tourist economy. We should also acknowledge, anecdotally, that they are spending up big and, in many cases, looking to stay for an extended time.

This has been seen in many corners of the Phuket economy. Most of the people we’ve spoken to about the current immigration phenomena have asked not be named.

Four different hoteliers have all noted that many (in one case “nearly all”) of their customers were from Russia. Some of them have booked stays well beyond the common 1 – 2 weeks. And villa rentals have gone from ‘zero’ to ‘hero’ status as individuals and larger families are looking to enjoy extended stays in Phuket.

“Many customers are coming in with cash and happy to pay for 1, 2, even 3 months’ rent in advance.”

A car rental company, who even offered to rent my private car, said the island is almost fresh out of available cars, reflecting the notion that Phuket simply isn’t geared up for the current influx of holiday arrivals.

One 3.5 star hotel in Kata told Phuket GO that Russians were around 4 times the number of the next most numerous tourists, from Kazakhstan, (followed by South Africans, Finns and Thais).

“We’ve had to increase capacity at the hotel much sooner than we had planned to reopen rooms – now running at 80% inventory.”

“Our reservation office is being overwhelmed by enquiries from Russian inbound tour operators.”

“Whilst the demand is there, the average room rate is lower than in 2019.”

But whilst Phuket is happily taking advantage of the much-needed flush of arrivals, and cash, onto the holiday island, the immigration numbers indicate a disturbing undercurrent.

Russian visitors have been a frequent member of the “Top 10 Arrivals” club into Phuket, but never in numbers like the past 2 months. 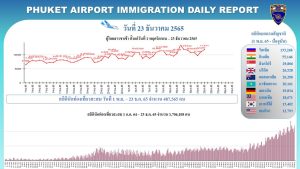 In 2019, according to c9hotelworks, Russian arrivals in Phuket made up 13% of the total traveller arrivals.

For the past 2 months (from November 1 – December 22, 2022), the Russian market has made up 29% of the total inbound arrivals. Meanwhile, the proportion of other inbound markets has remained quite small, certainly in much smaller numbers than in the last full tourism year of 2019.

We note that Chinese arrivals in 2019, some 38% of the total, was also a potentially troubling trend, and particularly noticeable now by their absence (despite recent arrival numbers slowly rising again).

So Phuket, again, is having to quickly adapt to a sudden surge of one particular nationality without looking to a time in the future when that market may not be arriving in the same numbers.

The good news, though, is that Chinese tourism is likely to kick in again from Q1 in 2023 with China removing most of the quarantine restrictions for people travelling to, or returning to, China. How quickly the Chinese arrivals will start stacking up, however, is anyone’s guess and will, mostly, rely on Chinese and Thai airlines putting their limited planes and staff resources onto China-Thailand routes again.

Many of the Russian arrivals, as you can imagine, are seeking stays of longer than the 45 days (plus 30 day extension) available to them. Phuket Go has spoken to 3 visa agents this week who say they are being “deluged with enquiries” for visas, “any sort or visa”, that will extend the stay for individuals and families.

“Many of them are happy to pay any amount of cash to secure a visa, making it more difficult for us to service our regular customers or new customers from other countries.”

“There has been a run on the Thailand Elite Visa, not cheap, but cost doesn’t appear to be an issue with many of them.”

So Phuket’s current Russian Revolution could be short lived, but a lot will depend on the situation in Russia, the tenacity of the Russian economy and the next phase of the Russia/Ukraine war.

For now, however, it’s “make hay while the sun shines” as Phuket’s tourism businesses and stakeholders are glad to see the return of flights and traffic jams.

Take the huge number of current Russian arrivals out of that mix and Phuket would be languishing around 30% of the international arrival rates of 2019.

In this article:Aeroflot, flights to Phuket, opinion, Russian arrivals, tourism in Phuket