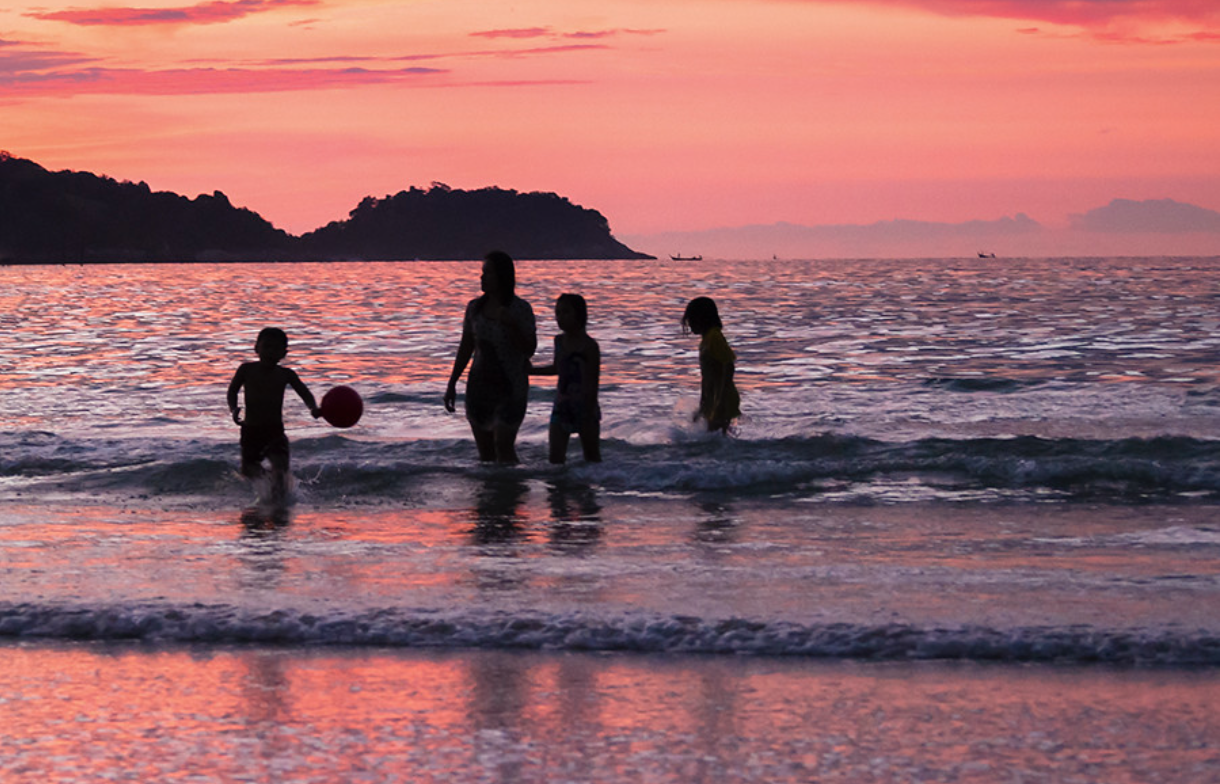 Tourists flocking back to Phuket beaches

Despite the damp weather in Phuket over the past week, the tourists are flocking back to the island. Phuket’s west coast lifeguards have been busy patrolling the beaches and enforcing the red flags, warning people not to swimming when the monsoonal surf is up.

The rise in numbers precedes this week’s long weekend with the first of two long weekends in July. From tomorrow there will be a 5 day break for many Thais although the official holidays, depending on who you work for, are only Wednesday, July 13, and Thursday, July 14 – Asanha Bucha Day and the start of the Buddhist Lent.

The two days are two of Thailand’s most significant religious annual holidays. Both days are alcohol free days, according to Buddhist tradition, and will be imposed across the Kingdom. So you won’t be able to buy alcohol at convenience stores and most bars and nightlife will be closed on the religious holidays.

Then there’s the long weekend for His Majesty the King’s birthday which will span July 28 – 31.

The highest number of international tourists visiting Phuket at the moment are from India, the Middle East and Australia.

All Phuket’s main beaches were closed to swimming, except in limited areas along the coast, by Phuket’s beach lifeguards. Reminding readers that the red flags mean there is no swimming in that area, whist a red and yellow flag means that swimming is allowed under patrolled conditions.

Phuket’s south west monsoon lasts from mind April until November but, despite some rain, there is also many days when blue skies prevail.

Thais are expected to take advantage of the two long weekends in July and Phuket hotels are reporting a rise in bookings for the month.

In this article:countries coming to Phuket, Phuket in the wet season, Phuket tourism, tourists in Phuket, wet season