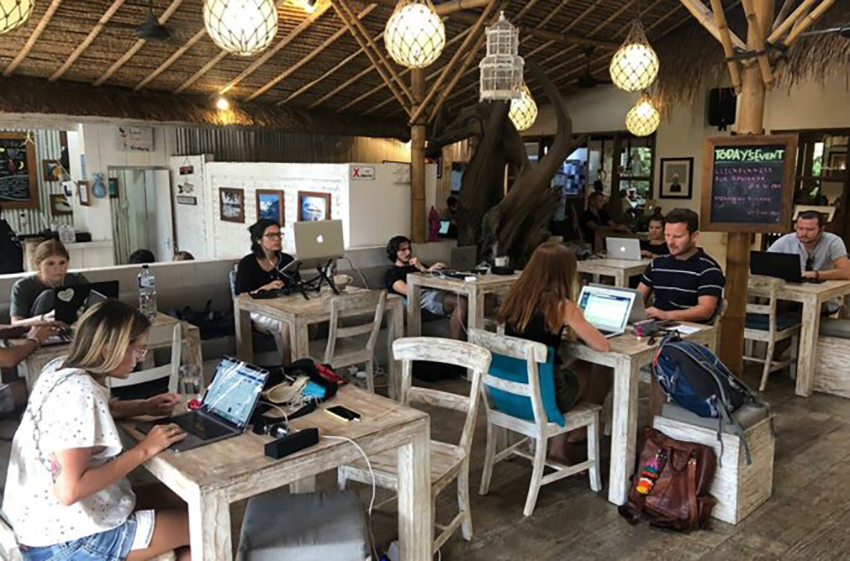 As the world begins to re-open following the Covid-19 pandemic, Indonesia is ramping up efforts to attract higher-spending visitors, including remote workers, sections of which are also referred to as digital nomads. Indonesian Tourism Minister Sandiaga Uno says Indonesia is launching a 5 year digital nomad visa, as well as focusing on spiritual holidays, sporting events, and ecological tourism.

The move will be a great attraction for the growing remote workforce following two years of changing work and office cultures around the world. And Indonesia’s Bali will benefit whilst Thailand’s Phuket is stuck with immigration categories that now seem remnants of the last century and don’t reflect modern work practices and technology.

The Indonesian tourist minister believes these efforts will attract 3.6 million overseas visitors to the country’s islands, now that the world is re-opening. Uno says reviving tourism in this way should create more than a million Indonesian jobs.

“In the past, the three S were: sun, sea, and sand. We’re moving it to serenity, spirituality, and sustainability. This way we’re getting better quality and better impact to the local economy.”

Indonesia has now dropped most of its entry restrictions, with fully-vaccinated travellers able to enter the country without any testing or quarantine requirements. Covid-19 numbers continue to remain low and booster vaccine doses are being administered. In April of this year, tourist numbers increased by a whopping 500% to 111,000. This is the highest monthly figure since the start of the pandemic.

With international companies such as Twitter and Airbnb allowing their employees to work from anywhere in the world, officials in Indonesia hope that the increase in flights and more streamlined visa processing will attract more remote workers to the archipelago. According to Uno, a recent survey of digital nomads found that 95% favour Indonesia – Bali, in particular – as a base.

The Indonesian government has been considering the introduction of a digital nomad visa since early 2021. However, recurring Covid-19 outbreaks, resulting in flight suspensions and border closures, meant the plan was delayed. Uno says the new digital nomad visa will allow foreign workers to stay in the country for up to 5 years without paying taxes, provided their income is not earned in Indonesia.

“Now with the pandemic handled and all the ministries getting involved and cooperating from the health side to the immigration office, we believe that this is an opportune time to relaunch this idea.”