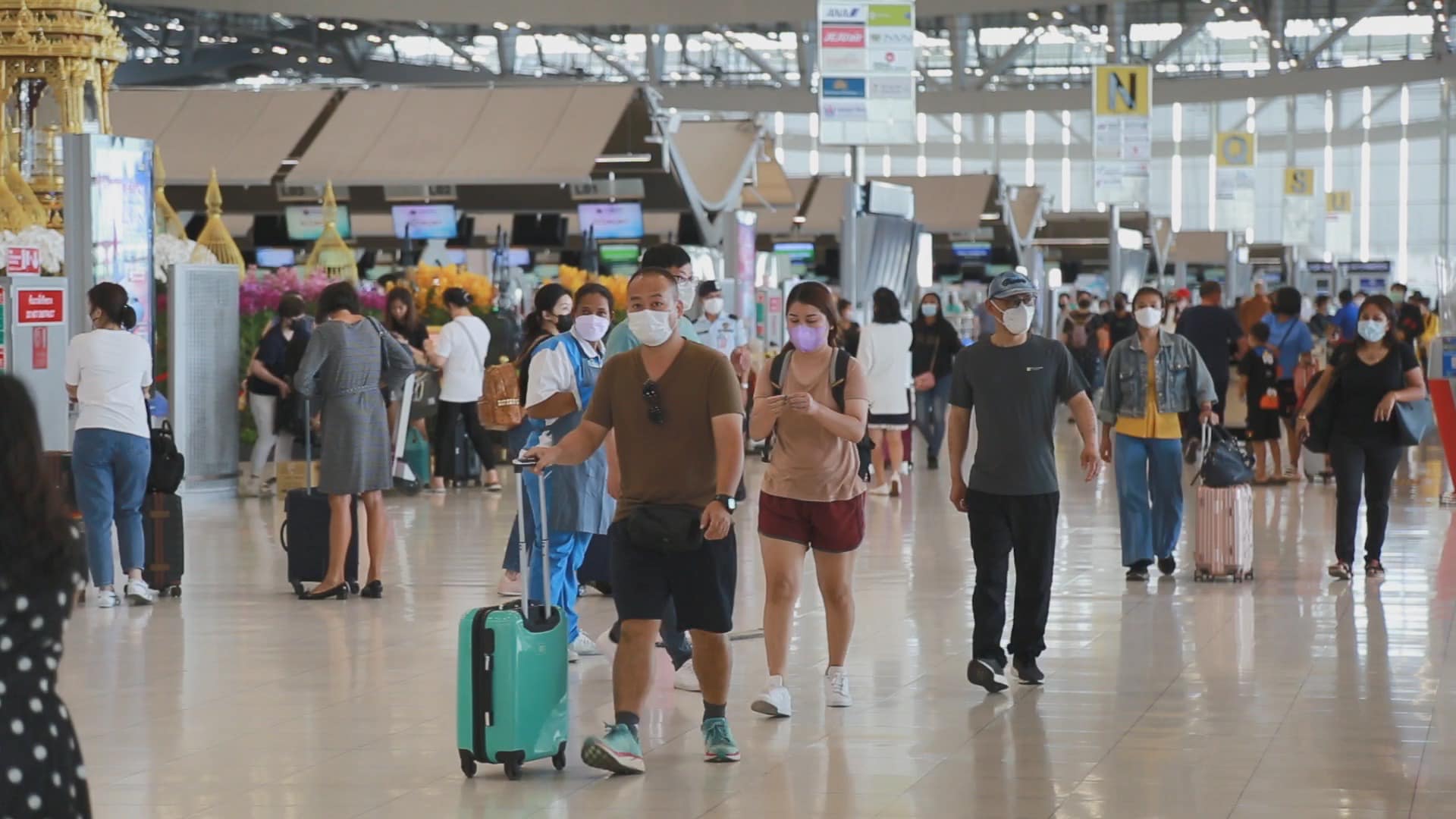 But not forever. And what will go in its place?

The Thailand government is proposing to temporarily suspending the need for a completed TM6 form – that blue and white slip of paper international passengers must complete on arrival (Does anyone have a pen?!) The move, they say, is to ease congestion at international airports as numbers increase following the easing of travel restrictions. The requirement for Thai nationals to complete a TM6 was dropped in 2017.

A decision on the temporary suspension is expected to be made on Friday June 17. The reason… “to ease congestion”… appears to be contrary to the enormous drop in current traffic through the airport, when compared to pre-2020 inbound travellers traffic into Thailand. Currently the inbound foreign travellers numbers are around 80% less than the average in 2019.

Currently all foreign arrivals in Thailand are required to have a pre-approved Thailand Pass. The online digital application will provide the passenger with a QR code which is then used as they pass through arrival procedures in Thailand. So, it is thought by some, that the TM6 is currently redundant whilst the Thailand Pass is still required.

The Bangkok Post reports that the Thai PM says suspending the TM6 requirement will speed things up, given that foreign passengers are already required to complete several forms on arrival. Prayut Chan-o-cha says that an increase in foreign passengers means it’s necessary to ease congestion at airports.

The PM went on to say that the suspension will be evaluated in due course and the TM6 may be reintroduced in future, particularly if officials are unable to trace foreigners. An announcement from the Interior Ministry is expected in about a week, according to the Bangkok Post report. It’s understood the move applies only to those arriving by air – foreign nationals arriving by land or sea will still need to complete a TM6.

Suspending the TM6 requirement for air passengers is expected to save an annual 45.5 million baht in the printing costs of around 65 million TM6 forms, according to deputy government spokesperson, Traisuree Taisaranakul. She says immigration officials will still be able to capture foreign arrivals’ data through the airports’ biometric systems, while other travel-related information can be sourced from the airlines.

In this article:filling in TM6, tm6 forms, TM6 in passport, TM6 in Phuket, tm6 in Thailand