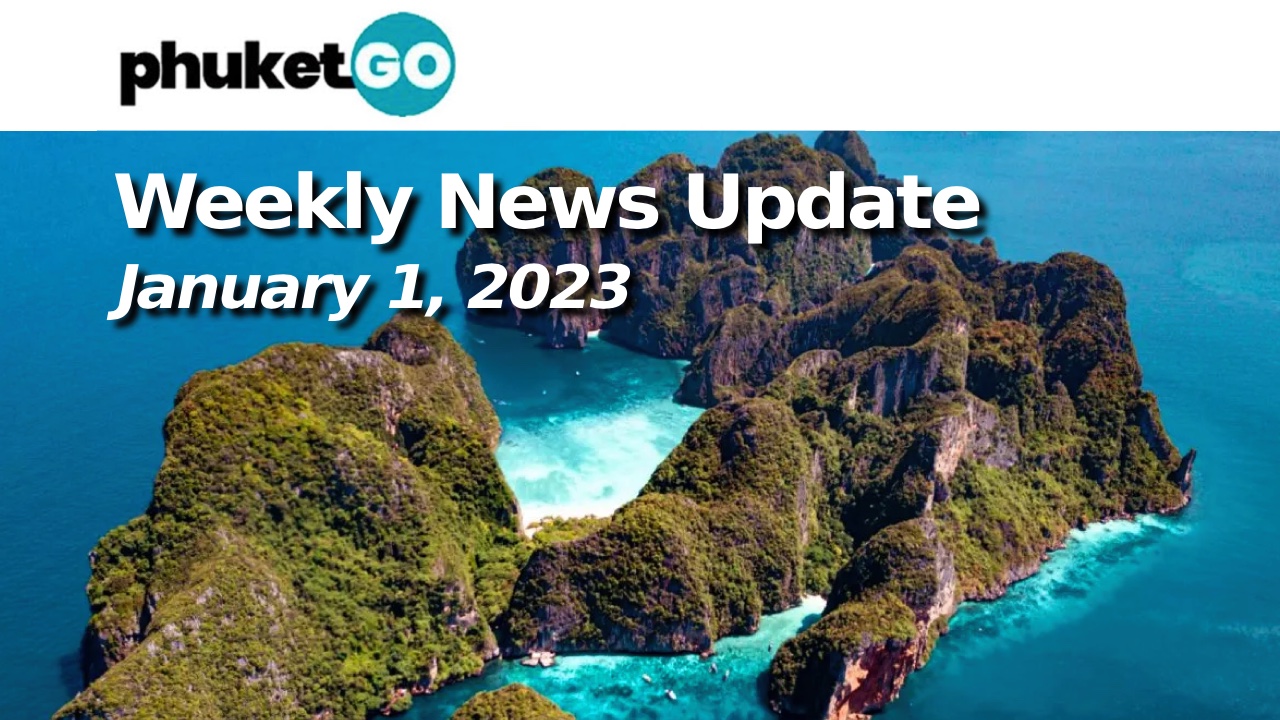 Presented by Tim Newton for phuket-GO.com.

As we stumble into 2023 the biggest question for Phuket tourism is what will happen with formerly strong Chinese tourism market.

Hong-Kong based carrier Cathay Pacific, one of the worst affected airlines in the world over the past 3 years, has re-launched direct flights to Phuket.

The current surge of visitors to Phuket, mostly from Russia, is putting an expected 100 billion baht into the island’s tourism revenue over the New Year period.

Police in Phuket have confirmed that an American man, who is understood to have jumped from the smoking area on the third floor at Phuket Airport’s international terminal, died from his injuries.

Popular Maya Bay, part of Koh Phi Phi Leh, will be closed for tourists on January 15 and 16. The announcement was made last week by the management of the national park controlling the archipelago of Phi Phi islands.

A Pakistani man who had overstayed his visa by a whopping 3,270 days was arrested by officers from the Phuket Immigration last week. 35 year old Anjum Raza was arrested in Patong.