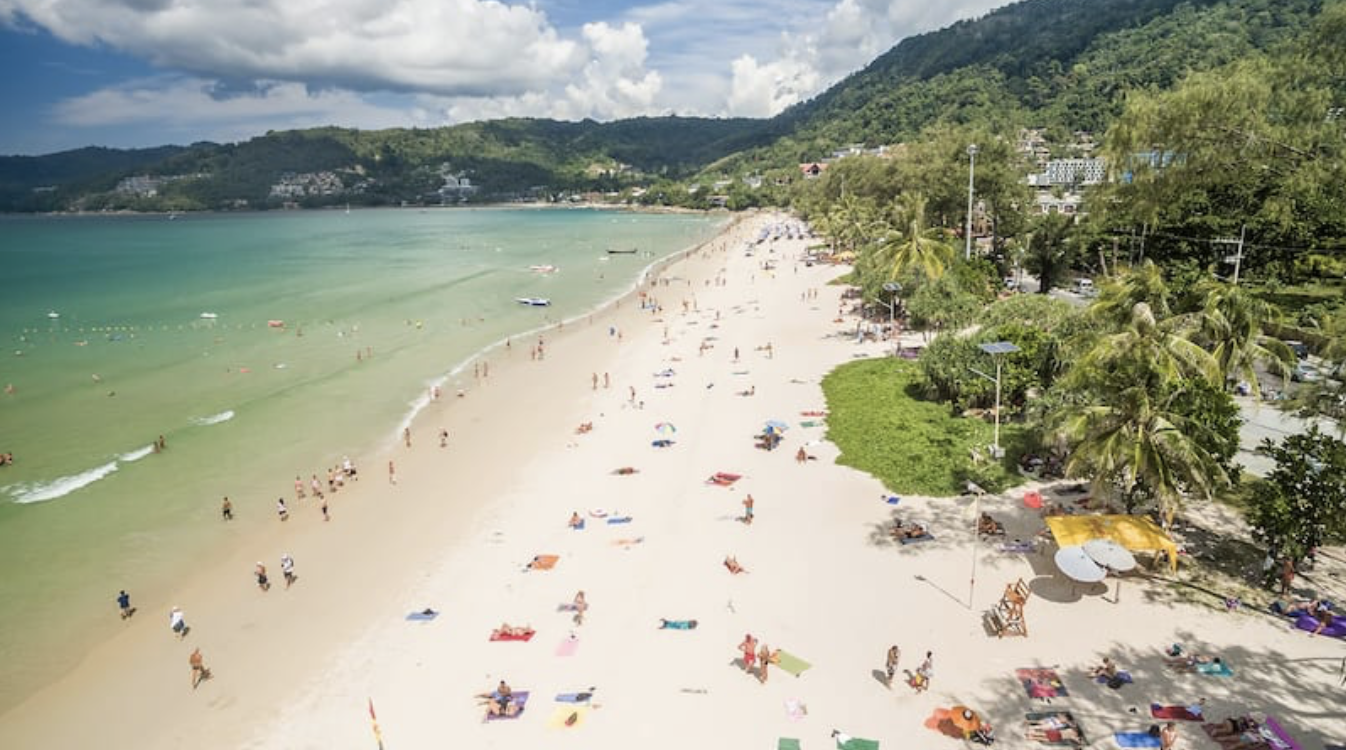 Phuket has over 30 different and unique beaches. The longest was also one of most beautiful but Patong Beach is now the focus of the island’s busiest town, at least for tourists. Now, the manic pace of this beachside tourist magnet has become a parody of what you’d expect a tropical island beach resort to be. In Thailand that means massage shops, red tuk tuks parked along the side of the road to pick up tourists, the ‘red light’ district, hundreds of convenience stores and hotels to suit all levels.

The actual Patong Beach, that stretches north to south along the middle of Phuket’s west coast, is 3 kilometres long.

Patong Beach is now a bustling hub of activity rather than a tropical retreat from the world. Still, Patong remains a huge drawcard and great for people watching, shopping, entertainment and, yes, the beach. Although the beach has lost some of its natural beauty to pander for the ubiquitous white plastic sun lounges, jet ski hires, parasailing touts and local vendors.

Many resorts are strung along the beach road (Taweewong Road), and one of the island’s best hotels, the luxury Amari Phuket, perches on a headland overlooking the sea. There are nearly one thousand hotels and lodging options in and around Patong Beach.

There are two large shopping centres, Jungceylon and Central, over the road from each other along the second road from the beach, Rat-u-thit road.