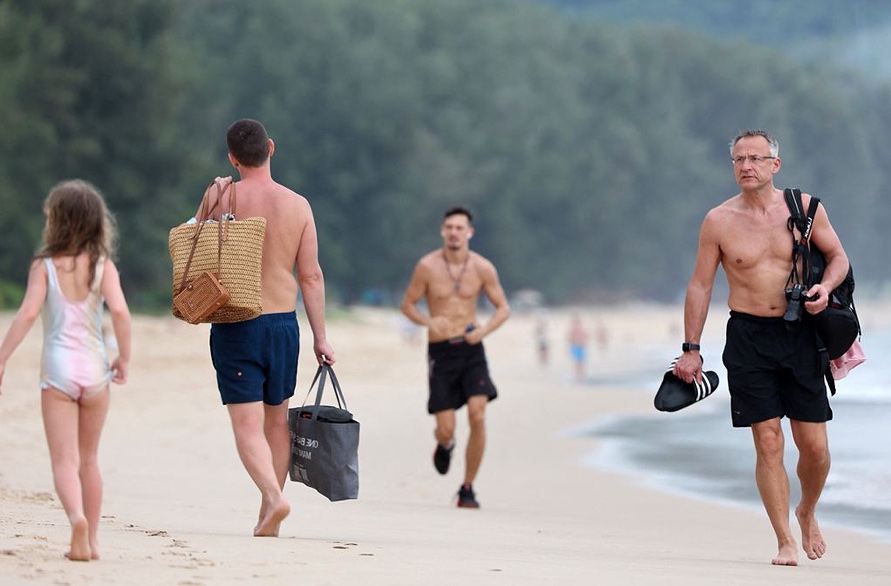 Don’t count on Russian tourists saving Phuket’s fragile tourism recovery any time soon. In fact it’s going to become increasingly difficult for Russians to travel as the war-related economic sanctions continue to bite and the battles in Ukraine drag on.

But it’s not just Phuket. Tourism destinations globally are seeing a significant drop in Russian tourists as the Russians end up staying at home with possible long-term effects on international tourism.

Before the pandemic, Russians were the world’s seventh biggest travel spenders splashing out US$36 billion annually.

Now European countries with Russian borders say they may ban all Russian tourists or Russians fleeing into the border countries and flights out of Russia, even inside Russia, are becoming patchy as maintenance and parts for planes becomes a critical issue.

The EU has suspended the European Union-Russia visa facilitation agreement, which had made it relatively easy for Russians to obtain the necessary travel documents in the past. Earlier sanctions had included bans on EU and Russian airlines flying to and from Russia. They also limited Russian tourists access to international credit overseas.

In Phuket, shops and markets would normally be bustling with Russian travellers at this time of the year. Earlier in the year, in the early days of the new Thailand Pass, Russians were even the most numerous travellers back to Phuket. That situation has drastically changed since Russia invaded Ukraine.

Another favourite Russian tourist magnet, Vietnam’s Nha Trang, nicknamed “Little Russia”, attracted a large number of Russian tourists before the war. Russian tourists spent an average of US$1,600 per stay in Vietnam, about 80% up on the average holiday spend for foreign tourists in the area.

Those Vietnamese hotels, popular with Russian travellers, are now either empty or being sold. Vietnamese tour guides in Nha Trang have also noted the huge drop in Russian tourists.

Turkey, too, is feeling the pinch. In the last full year of tourism, Turkey attracted seven million Russian visitors to places like the Mediterranean resort of Antalya. It had great weather, beaches, all-inclusive tours and easy-to-obtain tourist visas on arrival. Even in 2021, the city saw more than 3.5 million Russian visitors.

Now the city is forecasting less that 2 million Russians, many of them having arrived there before the Russian invasion of Ukraine.

Russians, committed to travel, have had to find circuitous routes to get to their favourite destinations. For Thailand there are currently no direct flights from Russia although Aeroflot is awaiting confirmation of restarting flights from the end of October this year.

Part of the problem is the Russian fleet of planes are now suffering from lack of maintenance and parts – an effect of the ongoing sanctions. Many of the leased fleet for carriers in Russia are looking to be confiscated if they try and land outside of Russia.

So the most committed Russian travellers are flying via Khasikstan, which already has daily flights into Thailand, or via Turkey. Even via Laos where Ural Airlines intends to fly from Vladivostok direct to Vientiane. Then from Vientiane to Bangkok with AirAsia. Or through the Middle East on Qatar, Emirates and Etihad. And those flight combinations are often costing a lot more than the direct connections in the past.

Cyprus, the Maldives, Seychelles and the Dominican Republic are all in the same boat as Phuket. Previously enjoying popularity with Russian tourists, and all with an 80% plus reliance from tourism to drive their local economies. Now they are struggling as the Russian arrivals evaporate.

Russians were expected to account for 20% of Cuba’s travellers this year. Cuba had an increase of 97.5% in Russian tourists last year and were banking on the trend continuing. The opposite happened and the collapse is pushing Cuban economy into negative territory.

Thai resorts, including Phuket, are now banking on Middle Eastern and Indian visitors to fill their hotels. In Vietnam, tourism authorities are trying to increase visitors from Korea, Japan, western Europe and Australia.

But, particularly for Thailand, the shortfall of Russian tourists has been an unexpected black swan event, on top of losing almost its entire Chinese travel market – that used to count for 25% plus of total tourists into Thailand.

And the situation isn’t expected to improve much in coming months, even as the European winter starts to bite when northern hemisphere tourists would traditionally turn their attention to south east Asia’s beaches.

Even if Russia suddenly withdrew its troops from Ukraine, there will be a long hangover for Russian travellers with their battered economy now needing rebuilding, airlines stripped and discretionary spending thin on the ground.

In this article:flights from Russia, flights to Phuket, Phuket tourism, Russian tourists in Phuket