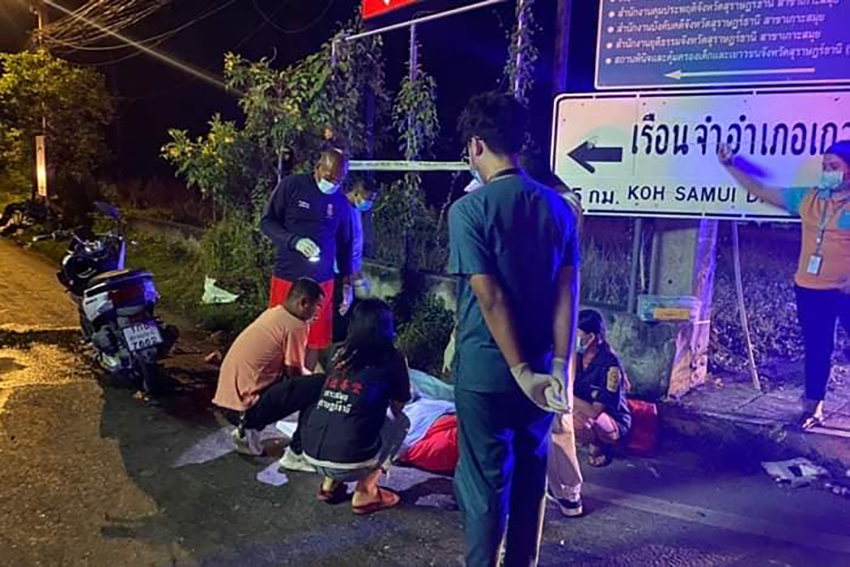 A British man has died and a second remains in serious condition following a collision between their motorbike and a garbage truck on Koh Samui. The incident happened near the entrance to the Koh Samui District Prison in the early hours of yesterday morning, with the emergency services notified at 1am.

The Scottish Sun has named the dead man, the pillion passenger, as 36 year old James Young, who had been living and working in Thailand for several months prior to the fatal accident. The bike driver, an unnamed 30 year old Briton, was seriously injured and taken to a local hospital.

According to a Phuket Express report, rescue workers found a damaged bike next to a Koh Samui Municipality garbage truck. They also found cans and bottles of beer under the bike seat. The 42 year old driver of the garbage truck called the emergency services following the incident. He was not injured in the collision, which is believed to have happened when the bike attempted to overtake his truck as it was turning.

“Suddenly there was a loud noise at the rear wheel while making a turn. So, we parked and went down to look. I saw that a motorcycle had crashed and found two tourists injured. I immediately called the police and informed them of what happened. I am very sorry.”

Police are examining CCTV footage of the accident as part of their investigation and plan to question the injured bike driver once he has recovered. However, it’s understood that at the time of writing, he remains in serious condition.