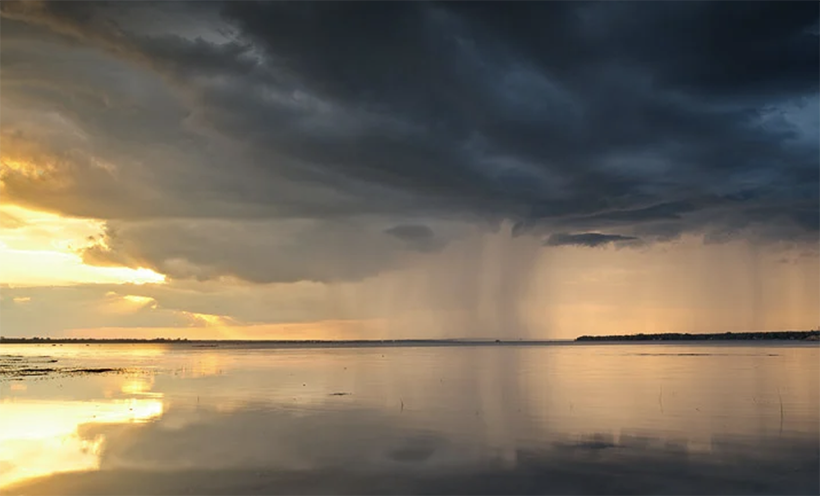 Phuket and the annual monsoon

When it rains, it pours. But not for long.

Phuket has two seasons… either hot and dry or hot and wet. Maybe there’s a few months where it’s hotter than the rest of the year. But most of the time just reliably hot and tropical.

The wet time of the year is called the wet season, the green season or monsoon. It will rain during the wet season, sometime with a torrential, short downpour. It will disrupt what you’re doing for a short time. But, like the Thais, you can on with things when it passes.

Thailand, and Phuket’s, weather is driven by an annual monsoon cycle. It sweeps out of the Indian Ocean from the south west for half of the year. And for the other half, hotter, drier air get dragged down from the north east and the Asian continent.

Apart from a few low pressure systems that sweep down from China, or out of the South China Sea, the tropical monsoon is the overwhelming feature of Phuket’s weather.

The monsoon also coincides with Thailand’s location in the south east Asian tropical rain belt, the Inter Tropical Convergence Zone. This generally means that the winds are mild – there are never any typhoons or crazy weather moments. The odd tropical storm is as bad as it gets.

The timing of the Thai wet season isn’t the same around the country and isn’t exactly the same every year, although it is reliably consistent. Chiang Mai does not have the same rainy season as the Gulf of Thailand islands. Koh Samui’s wet season is month’s after the beaches on the west coast facing the Andaman Sea.

The annual celebration of Songkran, the Thai New Year on April 13, is usually timed to match both the end of the hot season and the start of the annual wet season. The festival centre’s around ‘water’, traditionally the gentle washing of Buddha images and the hands of the elderly. In most provinces, including Phuket, the start of the monsoon starts to build in the month or so later after Songkran and runs until November.

Monsoon rains tend to be short, intense bursts of rainfall. They could last for a few hours in the middle of the day, but they could just as easily be over within about 15 minutes in the morning or evening. But the torrential rain is always matched with warm temperatures so it can be more of a relief than a hassle.

And, at the very worst, the rain is always warm.

The monsoons do little to stop Thais who will continue to carry on with their businesses – it’s just part of Thai life.

The rain starts? No worries. Out with the ubiquitous 20 baht ‘poncho’ available at every 7-Eleven or Family Mart. They’ll fall around in the wind but at least keep most of you dry, even if anything below your knees is saturated.

But the monsoons are part of the cycle of life in Thailand. They bring the rains to make the drops grow and fill the dams. Whilst inconvenient, and may force you to re-schedule your boat trip, they are a part of Phuket life.

Once upon a time Phuket had a distinct high and low tourist season but the changes in international tourist mixes have made many of the Andaman Sea destinations busy throughout the year, rain or no rain.

Phuket, Krabi, Koh Lanta, Phang Nga, Khao Lak, the Phi Phi islands are just a few of the popular destinations where the daily weather is a feature of the daily coastal living. The weather drives many of the activities but is very easy to follow.

It usually start raining from mid April until November each year. September and October are reliably the wettest.

But even on the west days there is still plenty of things to do. Remember, it’s been raining during the wet season in Phuket for centuries so the locals know that life goes on, even when the skies go dark and the rain starts to fall.

Maybe even a romantic walk along a wind swept beach, remember although it’s a bit wet, you’re still wearing just shorts and a cotton shirt! Some of your most memorable photo moments will be during and after the rain. And the sunsets during the monsoon are the best of the year.

And for the surfers, the south west monsoon does offer some rideable surf for the beginners. You can rent a board or get some lessons along most of the west coast beaches during this time of the year.

But the strong south westerly winds during this time usually make the west-facing beaches unsafe for swimming for the duration of the monsoon. Watch for the red flags along the patrolled beaches and take instructions from the lifeguards.

Some of the smaller islands and diving spots also shut down during the monsoon season.

Yes, the rain will fall from time to time during the monsoon. But it will be over soon enough and you can on with holiday.