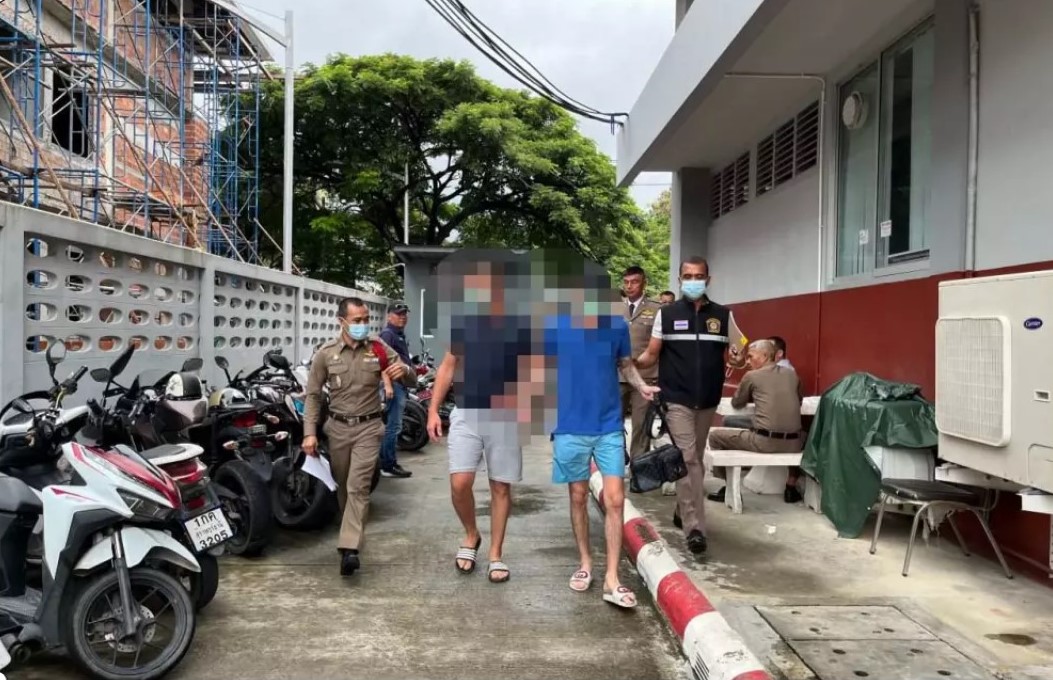 Two French men have been jailed at Samui Prison for allegedly attacking a Thai man, leaving him in a coma. Video footage of the attack on 43-year-old Somkuan Songkot has gone viral on social media, according to a Phuket Express report. The victim’s girlfriend, 47-year-old Lakkana Salao, has described what happened.

“At 9.20pm on Saturday (October 15) my boyfriend and I were on a motorbike near a mall in Pru Chaweng. There was a luxury car chasing after us and honking the horn before we stopped the motorbike. We had previously been admiring the vehicle, a white Porsche with Bangkok plates, as it was beautiful.

“Two foreigners came out from the car. I asked them what we could help them with but one of them pointed at my boyfriend’s face before attacking him, kicking him, and punching him in the head. The two foreigners then fled the scene. ”

Lakkana filed a police report following the attack, in which her boyfriend was knocked unconscious. He remains in a coma in hospital and it’s understood he has undergone major surgery.

“My boyfriend was knocked unconscious and is still in a coma in intensive care. He is now being treated after a major brain and head operation.”

According to the report, Bo Phut Police found the alleged perpetrators at a bar not far from the scene of the attack. Police chief Yutthana Sirisombat says they are now in custody and have been denied bail.

“We have tracked down the two foreigners who are 28 and 34 year old French men. We found them at a bar two kilometers from the scene. The suspects told us that the motorbike reportedly followed their luxury car, causing the driver to become angry.

“However, the two men are facing charges of assaulting another person causing severe injury and drunk driving. They are now in custody at the Samui Provincial Court and police have denied bail.”

The names of the French men have not been disclosed at this time and it’s not known if they are expats or tourists, although their ownership of a Porsche would indicate the former.

Supparuek Pankosol, chief of Surat Thani Immigration, says officials are now investigating what the men were doing in Thailand and whether they were conducting business illegally.

“We are tracking the suspects’ background to see if they are conducting business illegally in Thailand. One of them has a 30-day tourist visa while the other is married with a Thai woman. Neither has a work permit or can adequately explain what they do for a living that would allow them to stay in Thailand and own a luxury Porsche.”