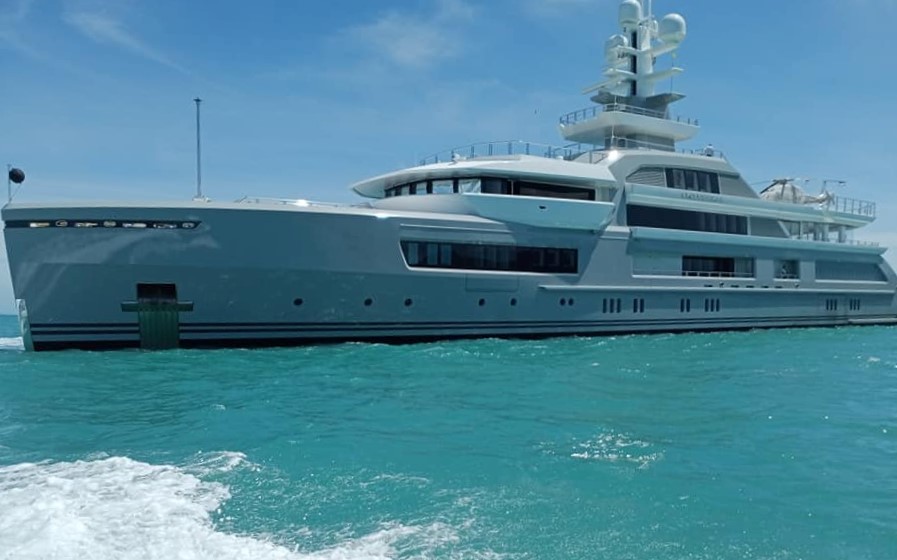 The Thai islands are beginning to see the return of cruise ships and yachts as Covid-19 entry restrictions are lifted – in Thailand and other parts of the world. According to a Bangkok Post report, Koh Samui has now welcomed a controversial superyacht, owned by a Russian billionaire over the weekend.

The 3.9 billion baht Cloudbreak superyacht is owned by businessman Alexander Alexandrovich Svetakov, a billionaire property developer and chairman of the Absolut Group. It’s understood Svetakov is on holiday on Koh Samui with 12 passengers and 6 crew on his yacht.

Svetakov is renowed as one of the biggest property owners in Moscow, in particular in the “New Moscow” area of the Russian capital. His yacht sailed from Singapore to Samui on July 1, with Thai officials sent to carry out Covid screening on the passengers. According to the Bangkok Post report, the yacht was visited by officials from the Thai Maritime Enforcement Command Centre, communicable disease control, immigration, customs and port security control.

Cloudbreak’s presence has been welcomed by the governor of Surat Thani, Wichawut Jinto, who says the arrival of such prominent tourists reflects the province’s potential as a tourism destination, with popular hotspots such as Koh Samui, Koh Tao, and Koh Pha Ngan. Wichawut says that the natural beauty offered in these areas has recovered during the pandemic shutdown and the islands are once again a top draw for foreign visitors.

But some Samui residents are wary of the presence of the wealthy Russian owner’s yacht as the war between Russia and Ukraine continues.