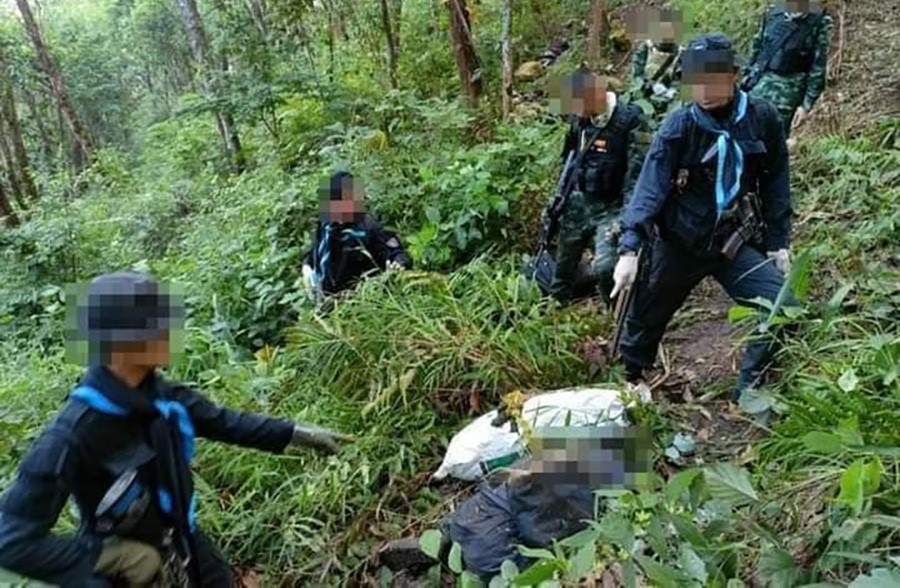 Fifteen alleged drug smugglers have been killed in a gunfight with border authorities in Chiang Mai, according to a Nation Thailand report. It’s understood the group was intercepted by the Pha Muang task force after entering Thailand illegally from Myanmar, over a well-used land border track.

According to the report, a group of 30 people was being monitored by the task force after they crossed into Thailand in a remote part of Chiang Mai’s Fang district. The soldiers had been watching a trail in Doi Ang Khang that is frequently used by drug smugglers, when the group approached.

After being intercepted by the task force, the alleged drug smugglers began shooting and a subsequent gunfight between both factions lasted around 10 minutes, according to Chiang Mai police.

When police officers managed to access the location, they found 15 bodies and 29 backpacks containing methamphetamine. Officers also found a gun and a grenade.

According to Thawatchai Pongwiwatchai, commander of Chiang Mai Police, an investigation is underway to find the remaining drug smugglers.