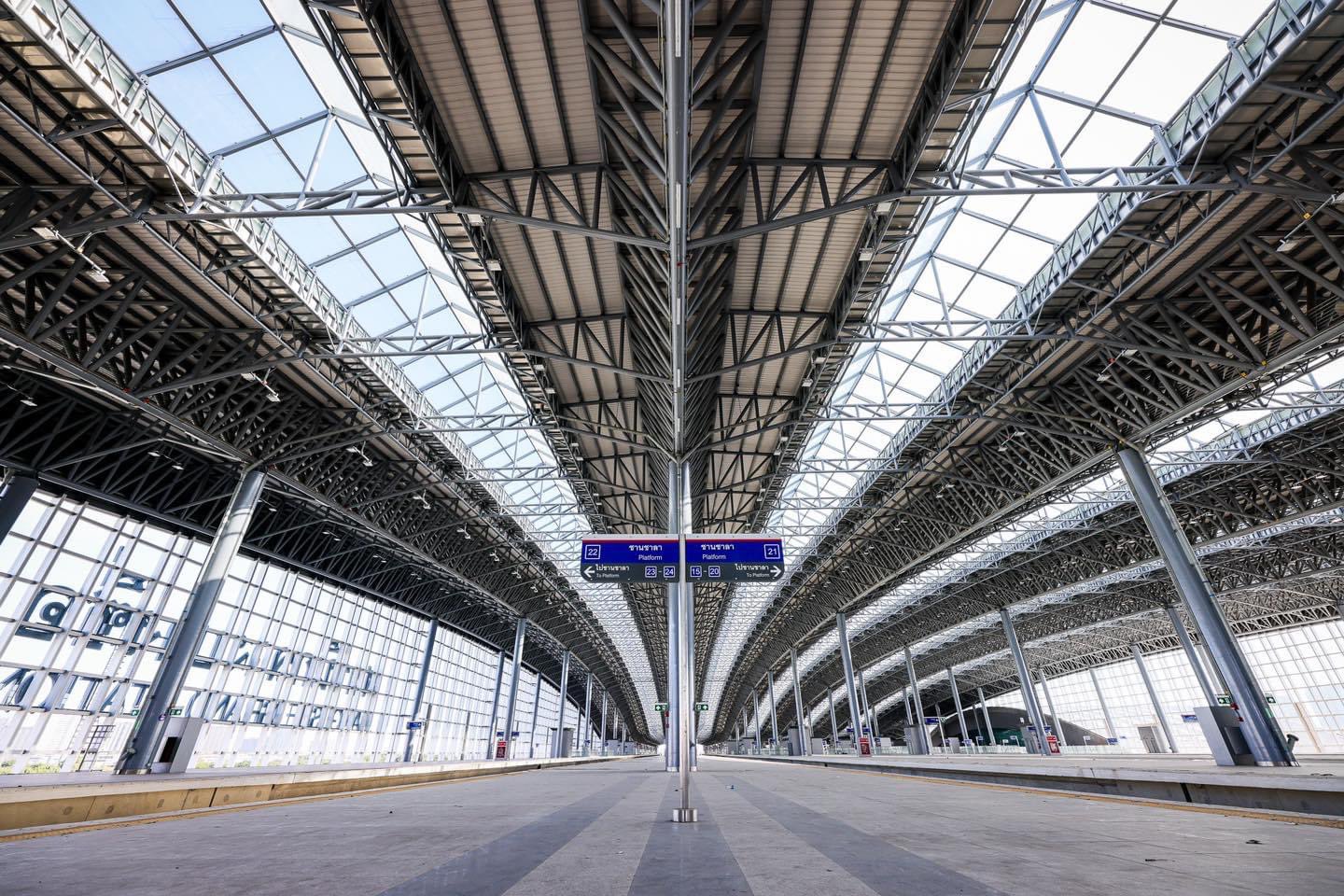 Train enthusiasts, or people just needing to get around Thailand at the lowest price, can now purchase tickets to most of the train routes from this week.

Bangkok’s new railway hub, the Bang Sue Grand Station, can now provide tickets to every route in the country, except the eastern train route – they will still terminate at the old Hua Lamphong station.

Hua Lamphong station, originally opened in 1916, has been Bangkok’s railway hub for the last century. But as Bangkok’s population moved northwards, and away from Hua Lamphong, there’s been an increasing need to move the terminus to a new location, and link up with the growing number of BTS and skytrain routes in the city.

More accurately known as the Krungthep Aphiwat Central Station, passengers will be able to purchase tickets on the ground floor on the northern and southern sides of the new Bang Sue railway hub.

Tickets for long-distance trains will only be available in the southern side of the station, located between the platforms of the Red Line city train and the MRT Blue Line.

Thailand’s SRT says it hopes to make Bang Sue Grand Station into a terminus for most trains, especially since it connects to the Red and Blue lines and is close to the Green, Purple and Pink lines (of the skytrain services). The new station is also adjacent to the inter-provincial Bangkok Bus Terminal at Mo Chit.

The 15 billion baht Krungthep Aphiwat Central Station is the largest railway station in south east Asia, with 26 platforms and has 274,000 square metres of floor space.