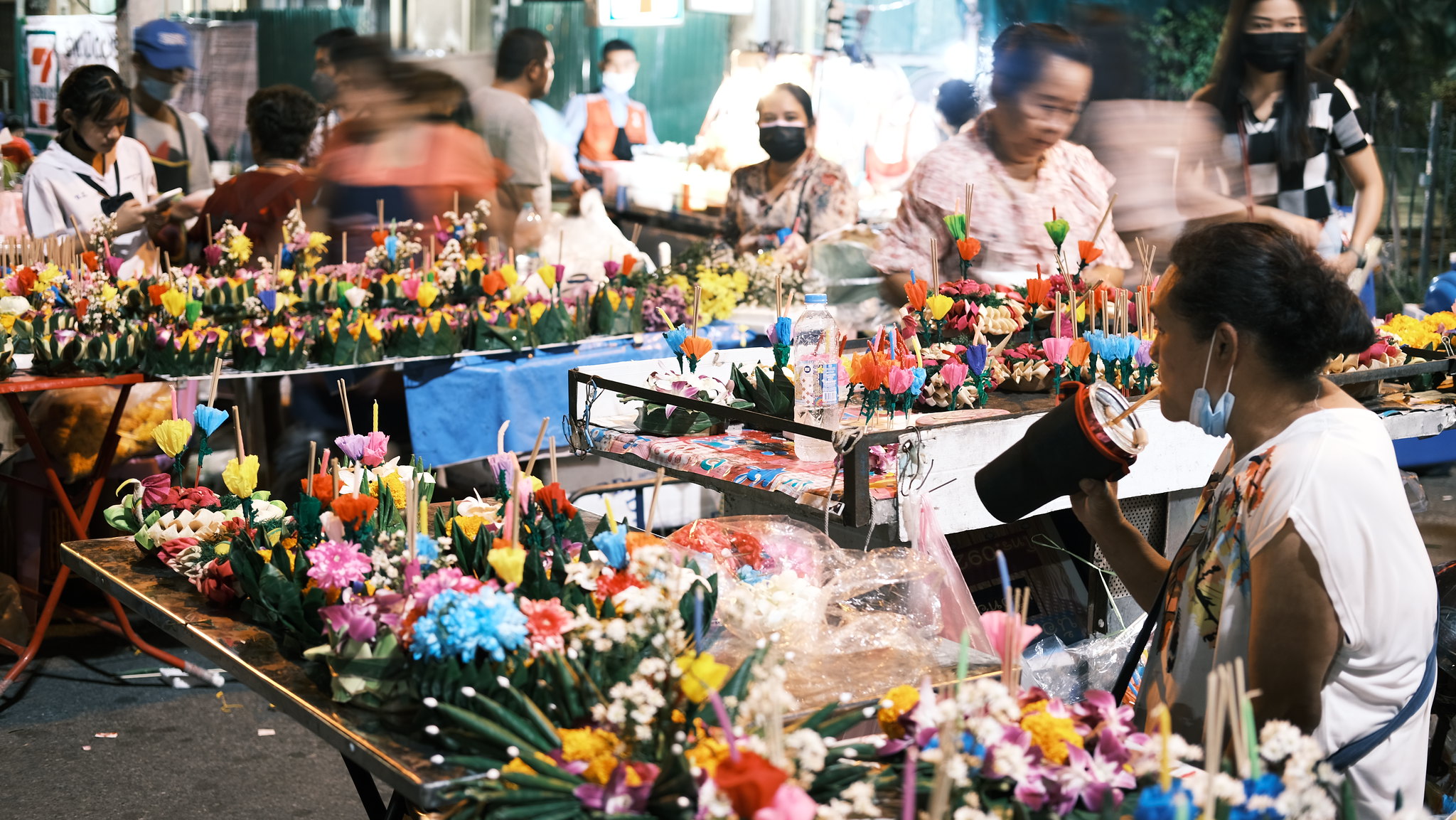 The Bangkok Metropolitan Administration says the city’s residents celebrated the Loy Krathong holiday with over half a million krathongs. BMA spokesperson Aekwaranyoo Amrapal says a total of 572,602 krathongs were sent floating down the capital’s canals yesterday.

“Citing data by the Environment Department, the number of krathongs floated on Bangkok canals this year increased by 42% compared to 403,205 last year.”

There was certainly a pent up demand with this year’s events as people felt much more like getting out and celebrating the annual event with no Covid restrictions.

The good news, from an environmental perspective, is that nearly all the krathongs were made using natural materials. However, there were fewer naturally-made krathongs than last year, while there were 24,516 made of foam, a higher number than last year.

Nation Thailand reports that Khlong Toei district saw the largest number of krathongs released, at 27,776. In the district of Pom Prap Sattru Phai, there were just 122 krathongs set afloat. Aekwaranyoo says that in the districts of Lak Si, Din Daeng, Bang Rak, Sathorn, Chomthong, Bangkok Yai, and Thawi Watthana, only krathongs made from natural materials were used.

“As many as 1,140 krathongs made of foam were found in Prawet district.”