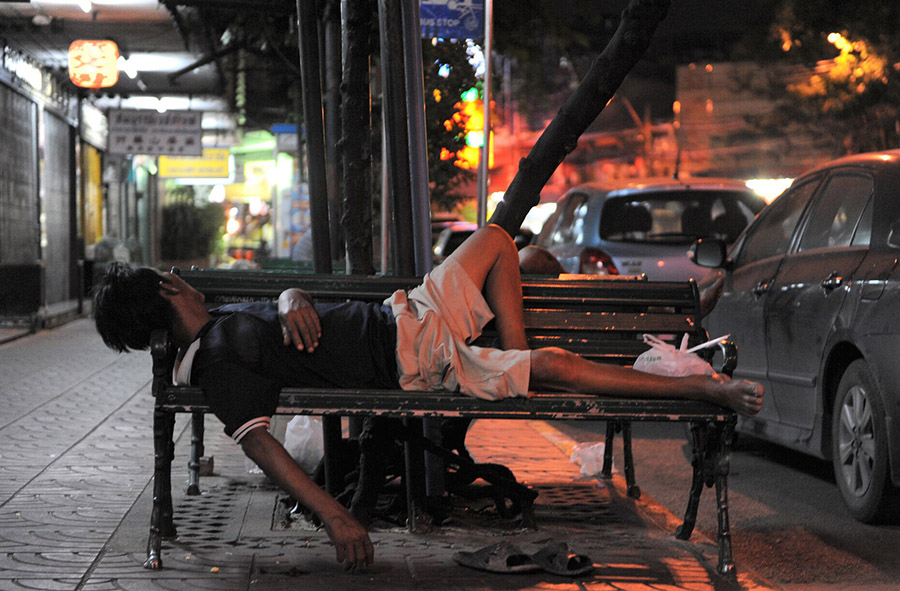 The deputy governor of Bangkok says more homeless shelters will be built in the capital and more job opportunities created for the homeless. Sanon Wangsrangboon was addressing a meeting of city officials, NGOs, and other related agencies, in a bid to tackle the issue of homelessness in the Thai capital.

According to a Thai PBS World report, Sanon says there needs to be more effort put into providing shelter to the homeless and creating job opportunities that will enable them to get back on their feet. The deputy governor says homeless people in the capital fall into 3 categories: the long-term homeless, the newly homeless, and people with mental health issues.

Of these, most people fall into the newly homeless category, according to Sanon. He believes if jobs can be created for this group, they are more likely to find their own shelter and begin to get their life back on track. However, the first priority is to provide temporary shelter.

The deputy governor went on to say that, once employed, homeless people have an opportunity to improve their circumstances and ensure they don’t fall back into homelessness.

However, Sanon says solving the problem is a challenge and needs public cooperation. He says the public must not view homeless people as a burden on society, but as people who need help.

The deputy governor says one location where a new homeless shelter could potentially be built is under the expressway near Maha Phruttharam temple, in the district of Bang Rak.