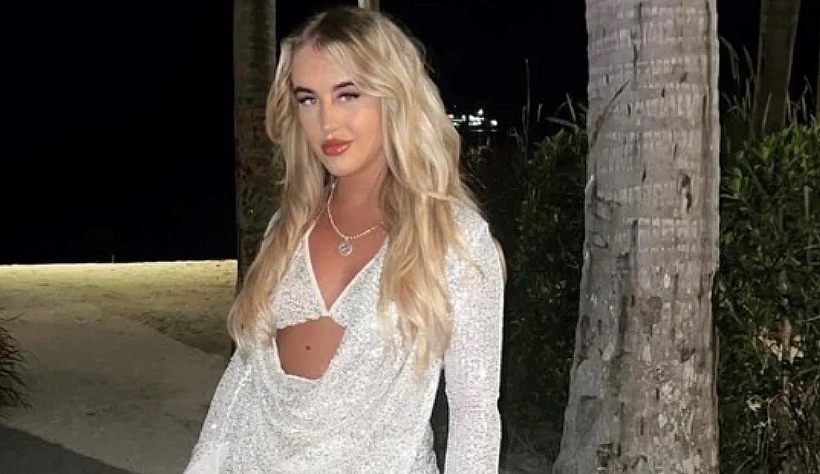 A British woman, employed as a “beautician” in the UK, may never walk again after falling from the balcony of her hotel in Koh Pha Ngan.

The 21 year old, Maddi Neale-Shankster, is reportedly suffering “fractures in her spine and needing drains to remove blood and fluid from her chest” after the incident where she fell from the second floor of her hotel. It’s reported that it took up to 40 minutes for the ambulance to arrive and take Maddi to hospital.

She was first taken to the local hospital in Koh Pha Ngan then moved to a hospital in Surat Thani, on the mainland, first by a boat trip then by road from the pier.

Her mother, Karen Moseley-Neale, flew to Thailand last Sunday to be with her daughter as medical officials decide when they will operate on her back “once her chest is clear”.

Maddi, who comes from Coventry in England where she works in a beauty salon, was on a three week trip with her partner and had enjoyed new year on the Gulf island.

Her friend, Karen, who heard the screams, spoke to metro.co.uk, says her prognosis isn’t good.

“She has fractures to her spine and has needed drains to her chest to remove the blood and water which will be there for at least three days.”

“Maddi doesn’t remember anything at all, her partner was woken up by someone shouting to him to come and get her.”

The British Embassy in Bangkok are aware of Maddi’s situation. 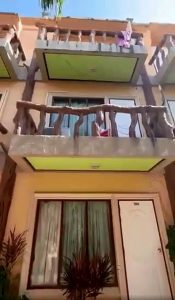