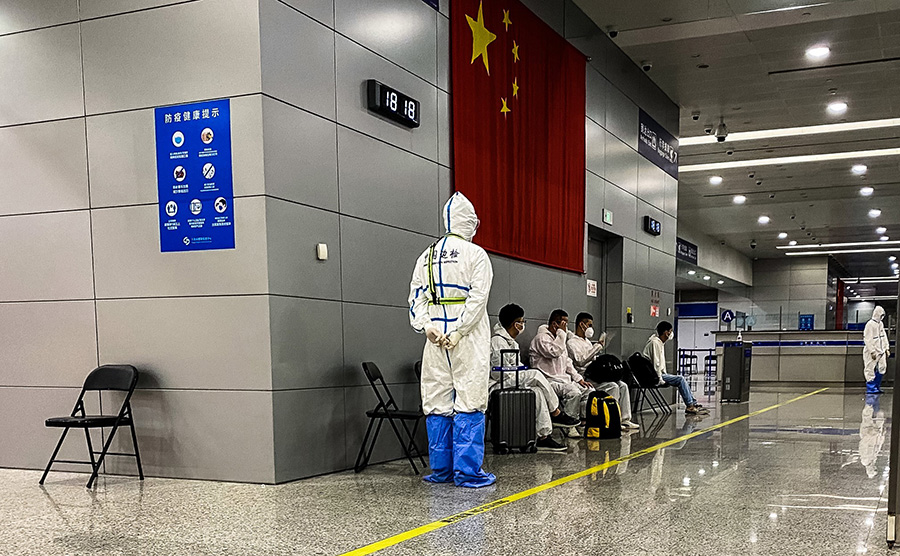 From January 8, China will no longer require inbound travellers to carry out 5 days’ mandatory quarantine at a government facility, followed by 3 days’ home isolation. The change is a major step forward in relaxing the strict curbs the country has had at its borders for nearly 3 years.

According to a Reuters report, the ditching of the quarantine requirement has been confirmed by China’s National Health Commission. Health officials will also downgrade the virus from its current Category A classification – the most serious – to Category B. This is to reflect the fact that the illness is expected to eventually evolve into a common, and less severe, respiratory infection.

China’s tough zero-Covid policy and strict disease prevention measures, have taken their toll on the economy and resulted in rarely-seen anti-government protests last month. The backlash was the largest show of discontent seen since President Xi Jinping came to power in 2012.

Earlier this month, the Chinese government made a sudden U-turn in its handling of the virus and dropped nearly all restrictions. As a result, hospitals around the country found themselves struggling to cope with the surge in infections.

A government spokesman says that from January 8, quarantine will be lifted for inbound travellers but they will still need to take a PCR test 48 hours before departure. The government says the process for foreign nationals to come to China for business will be improved and visa arrangements facilitated.

Meanwhile, outbound travel for Chinese nationals is expected to resume “in an orderly manner”, according to the Reuters report.

China is the last major nation to take steps towards classifying Covid-19 as endemic. This follows nearly 3 years of some of the strictest disease control measures in the world, which disrupted global supply chains and trade and slowed China’s economy to its lowest growth rate in nearly 50 years.