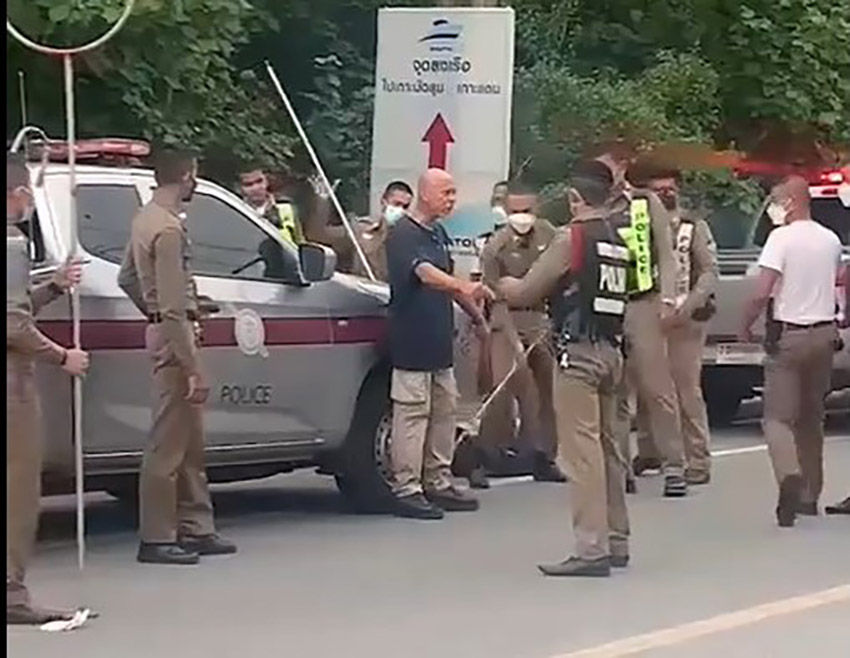 Khanom Police were alerted to an intoxicated foreign man who was rambling and yelling in front of a grocery store in Baan Pa Lane. It’s alleged the man also damaged a nearby car. The report goes on to say that around 12 police officers spent an extended period of time and used crowd control tools to eventually detain the man.

The grocery store owner, named as Soonthorn Chumchoo, told the Phuket Express that the man had been heavily intoxicated for 2 days.

“The tourist was walking around in the area for about 2 days. He was heavily intoxicated and seemed to be angry about something. He damaged everything he was walking past including my grocery store. He also used a rock to hit and damage a car nearby.”

Witness reports say the man had been seen drinking Thai whiskey non-stop for 2 days. It’s understood immigration officers have also been notified of the incident and the man will be deported.