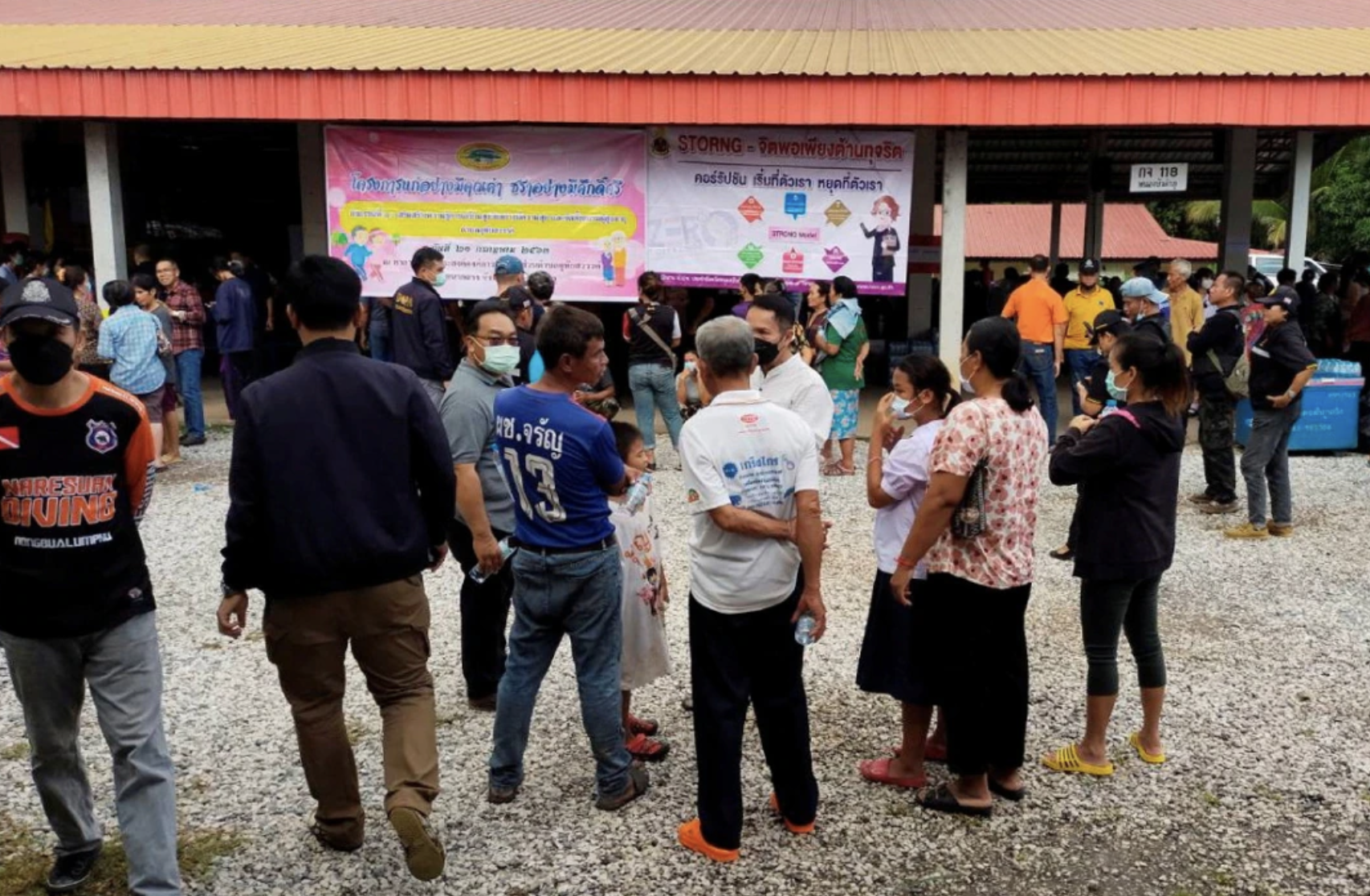 A former policeman in the north east Thailand area of Nong Bua Lamphu killed at least 36 people in a child care centre, including his wife and child. He later shot himself. Most of the victims, reported to be 24 in some media, were children. The death toll is likely to rise.

The shooting is reported to have began around 12.10pm on Thursday.  Some media reports have claimed there are up to 38 people dead following the carnage. The incident is one of the the worst mass shooting events in Thai history*.

The killer was identified as 34 year old former Police Corporal Panya Khamrab, who was heavily armed when he stormed into the district’s day care centre. He was carrying a shotgun, 9mm pistol and a knife after arriving in a white 4-door Vigo pickup with Bangkok registration.

According to police, the gunman became “agitated” after arriving at the child care centre and discovering that his child was not there.  He started shooting at staff, who were on a break at the front of the building, as soon as he got out of his pickup truck. One of those survivors said she only lived because he ran out of bullets and had to reload. The gunman then made his way into the rooms where children aged between 2 and 4 were sleeping, where he started stabbing them to death.

The gunman was sacked from the Thai police force last year for “drug use”, according to Thai PBS. Police have confirmed that he was expelled from the police force on June 15 this year for possession of methamphetamine.

He had previously admitted to his drug abuse to senior police.

Former police in the area have shared stories about the gunman’s temper, about drunken discharges of his weapon, threatening a bank manager with a gun and shooting a civilian’s dog, an incident that required mediation by another officer.

Earlier in the day he had appeared in a local court on a matter relating to his drug use and was stressed over having to appear again today, according to police.

A 31 year old eye witness has told AFP that she saw the gunman “driving erratically” after the shooting incident at the centre. She told police that the man was “well known” in the local area as a drug user.

“The attacker rammed a motorbike and two people were injured. I sped off to get away from him,” according to the AFP report.

After killing children and staff at the centre, he drove home home and killed his wife and child. The child was a regular pupil at the day care centre. He also set his pickup on fire before killing himself.

The centre was operated by the Uthai Sawan tambon administration.

Thai police have now asked people not to share pics and video of the shooting and the aftermath of the incident on social media.

There has been some extremely graphic footage and photos posted that police are now trying to remove from the internet, urging people to take the images and video down.

At least 12 people were also injured in the incident, some seriously, and were taken to Nong Bua Lamphu hospital. 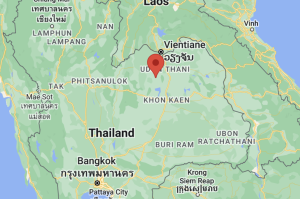 * In February 2020, a Thai soldier opened fire in and around the Terminal 21 shopping centre, as well as other locations in Korat, aka. Nakhon Ratchasima. 29 people were shot and killed and another 58 were wounded 58 before police were able to shoot the man some 18 hours later.

There have been other mass shootings in Thailand, but mostly confined to violent crackdowns from police and army, or related to violence in the Deep South in the ongoing insurgency there between Thai Buddhists and Malaysian rebels.