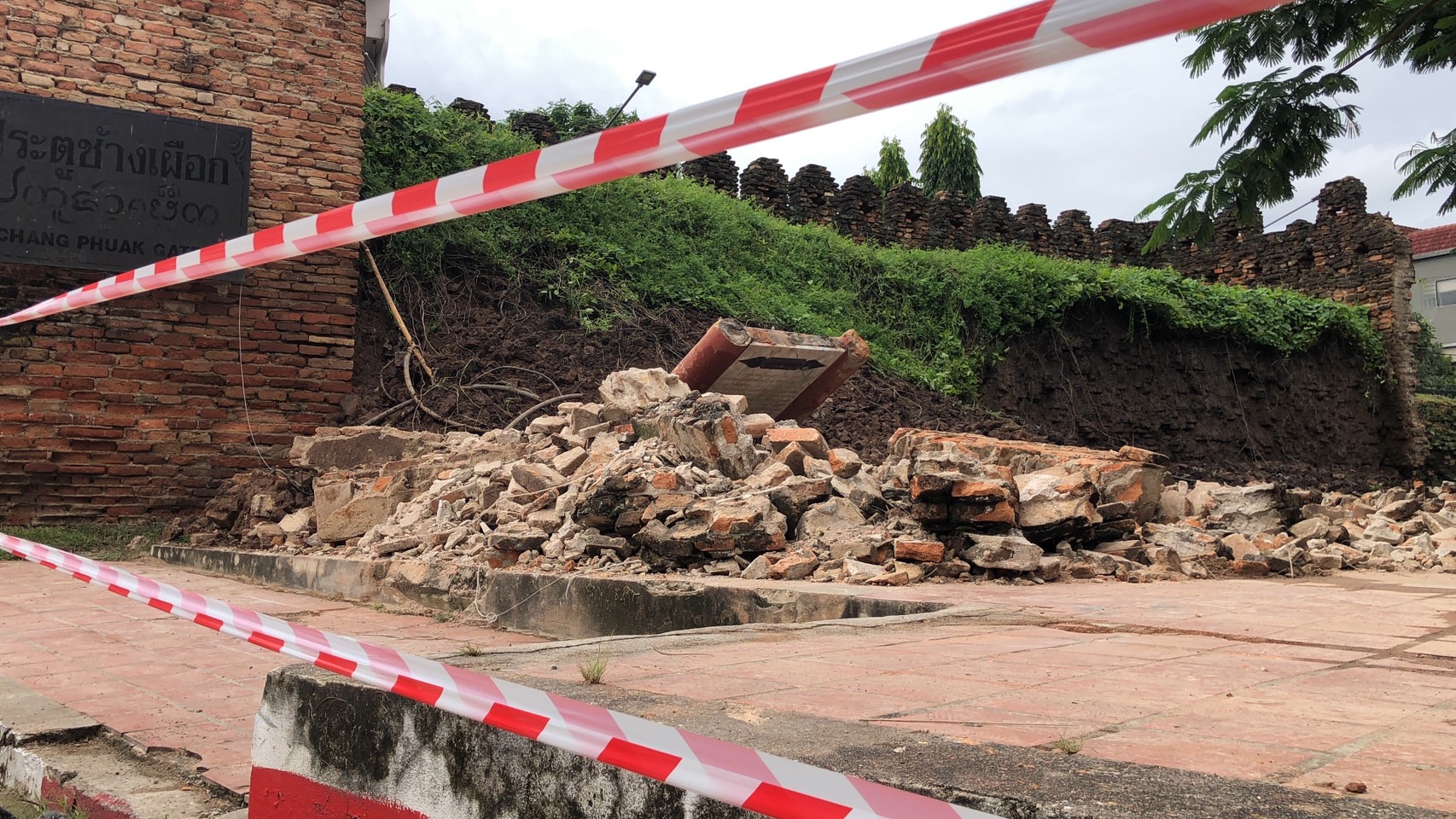 An ancient city wall near Chiang Mai’s Chang Phuak Gate has partially collapsed following heavy rain in the northern province. Thai PBS World reports that experts from the Fine Arts Department, accompanied by municipality officials, visited the site to assess the damage prior to renovation work beginning. The department says around 10 metres of the wall have collapsed due to the heavy rain.

The wall is said to have been constructed during the reign of King Mengrai of the kingdom of Lanna in the 13th century and has been standing for over 750 years. According to the regional office of the Water Resources Department, the toppling of part of the wall was the result of accumulated rainfall in the preceding 24 hours, which caused flooding in low-lying areas. Following the collapse, broken parts of the wall could be seen scattered across the ground.