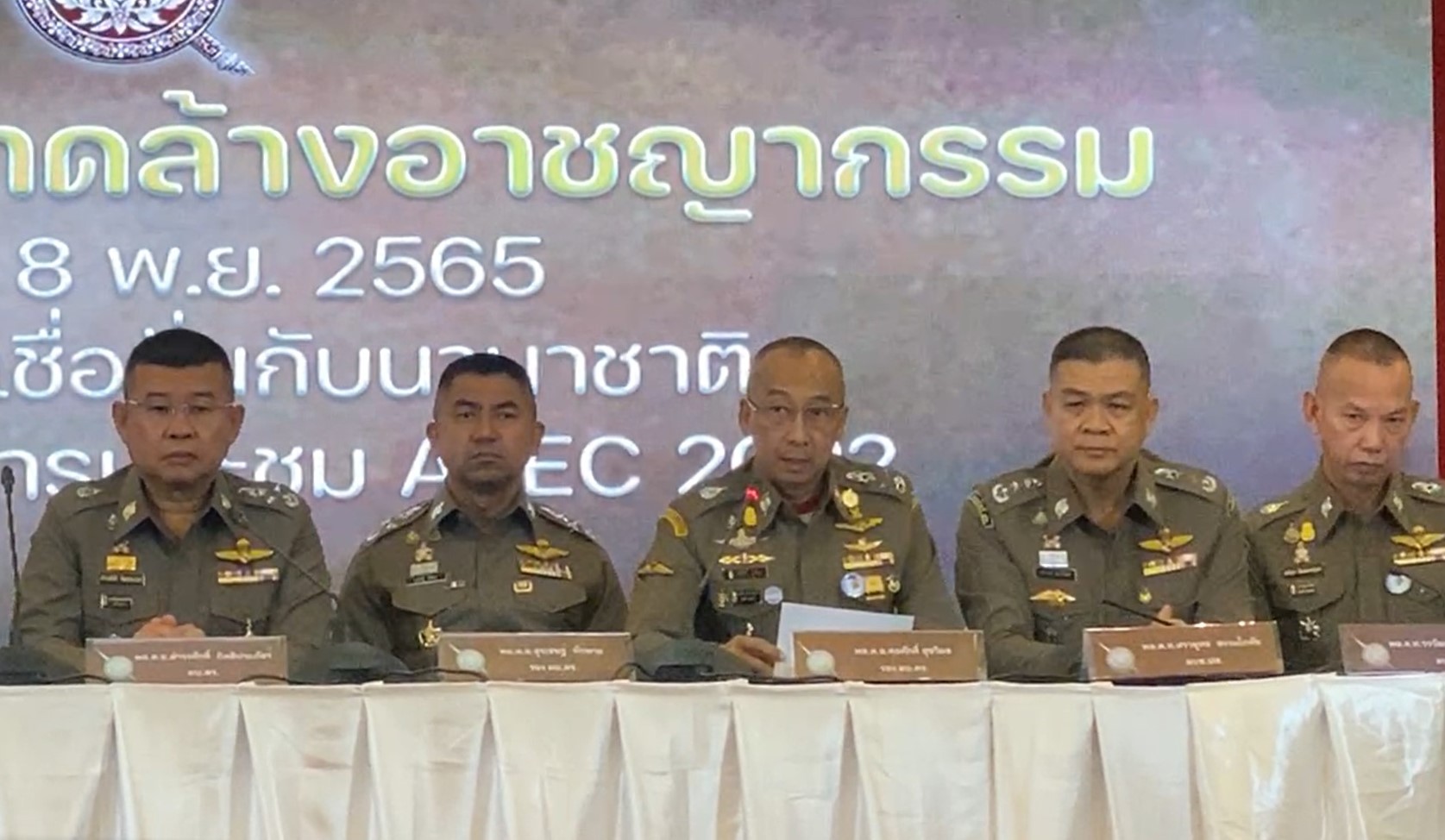 Thailand’s National Police Chief says more than 62,000 suspects have been arrested in Bangkok, as part of a crackdown on crime ahead of the APEC Summit. Damrongsak Kittiprapas says the month-long operation targeted those suspected of being involved with illegal weapons and narcotics, among other charges.

The police chief says the authorities have accelerated efforts to track down alleged criminals wanted under arrest warrants, with 50% of suspects arrested so far. According to a Nation Thailand report, a number of police raids carried out between October 10 and November 8, resulting in the following arrests and seizures of weapons and drugs:

Damrongsak says police also successfully investigated the sale of modified guns online, with one suspect arrested for allegedly using Line and Facebook to sell air guns that were modified to fire real 9mm bullets. Investigating officers arrested a further 54 suspects, including alleged buyers and the owners of 209 shops stocking the guns. 110 guns and 13,320 rounds of ammunition were also seized.