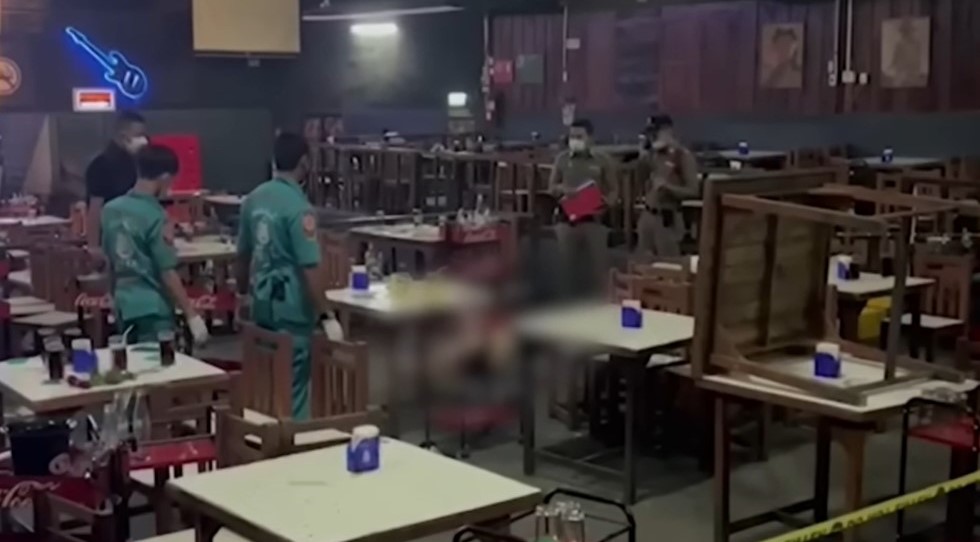 Screenshot from You Tube/ ข่าวช่อง8

Police in the southern province of Trang are continuing a manhunt for a member of the police SWAT team who is wanted in relation to a fatal shooting incident. According to a Phuket Express report, the man fatally shot a customer in a nightclub in the city and injured 2 others early yesterday morning.

It’s understood the shooting was the result of a drunken argument between the SWAT officer and the victim. Police and rescue workers were called to the nightclub shortly after 1.00am. They found the body of the  32-year-old victim on the floor. He has been named as Jitakorn Kongchan and according to the report, he was shot 9 times, in the head, shoulder, and arm.

Jitakorn’s friend, 34-year-old Ekaphot Phetrat, was injured after being shot in the hip and ankle. It’s understood another customer was also injured in the shooting. Both were rushed to a local hospital for medical treatment.

The alleged perpetrator has been named as Chutipon Nakkaew, an officer from the Trang SWAT team and more commonly known as “Sergeant Bird”. According to the report, he was a regular customer at the nightclub and on the night of the shooting, visited the venue with a colleague.

An employee of the club says both men appeared drunk on arrival and Sergeant Bird began kicking a chair. This hurt the victim, who was seated at an adjacent table, and he pushed away Sergeant Bird’s hand in anger.

As the victim was then making his way to the second floor, it’s alleged the SWAT officer took out his gun and began threatening him, before starting to shoot. At this point, Ekaphot got up from the table to assist his friend.

According to the report, Sergeant Bird managed to flee the venue following the shooting. Around 50 police officers have been tasked with hunting him down.