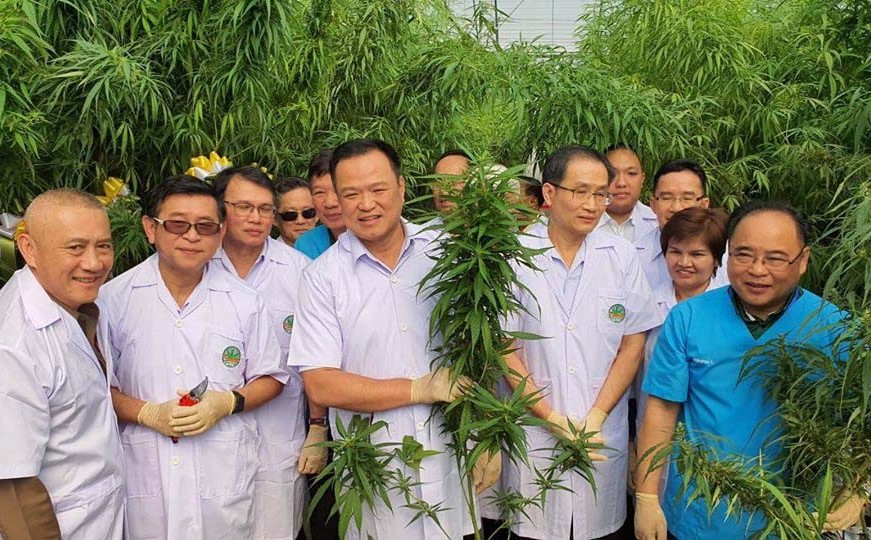 Senior government officials, including the leader of the cheer squad, public health minister Anutin Charvirakul, have insisted there is no going back and that cannabis will not be added back to the list of Category 5 narcotics.

The plant was decriminalised and removed from the list on June 9 this year. The move met with fierce opposition from some quarters but received an enthusiastic welcome from more “entrepreneurial” individuals. Millions have already been spent and invested on cultivation and retail opportunities despite the lack of a proper Bill being in existence to clarify all the details about its use.

Despite the opposition, and a lawsuit filed against those involved in the decriminalisation, Deputy PM Wissanu Krea-ngam says there’s no going back and the Narcotics Control Board does not have the power to reverse a government order. But an application to the Administrative Court, to delist the plant as a Category 5 narcotic, could.

Meanwhile, Public Health Minister Anutin Charnvirakul, one of the main proponents of decriminalisation, agreed with Wissanu that the plant will not be re-classified as an illicit narcotic.

According to a Coconuts report, the health minister acknowledges not everyone is in favour of the decision, but insists the plant could have significant benefits for the Thai economy and for people’s health.

“I listen to both sides and consider what’s best for the society.”

However, Anutin does recognise there is a need for clarity and more regulation surrounding the issue. However, deliberation of the proposed Cannabis Act is expected to take several weeks.