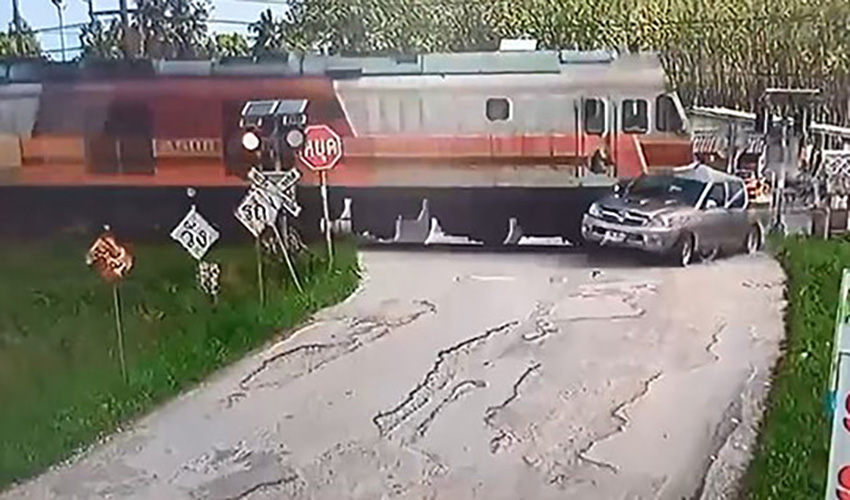 A woman has died and 2 other people have been injured following a collision between a pick-up truck and an express train in the southern province of Songkhla yesterday.

The Bangkok Post reports that a female passenger was killed and a newly-wed couple injured when the truck they were travelling in was hit by the train at a railway crossing in the district of Chana.

According to the report, the accident happened around noon. The crossing is about 5 kilometres from Chana railway station and while it has a stop sign with strobe lights, there are no barriers.

The truck was hit in the middle by express train number 37, travelling from Bangkok to Sungai Kolok, on the Thai-Malaysia border. The vehicle was hurled off the crossing and down the railway embankment by the force of the impact. It came to rest around 30 metres away, with its right side caved in. 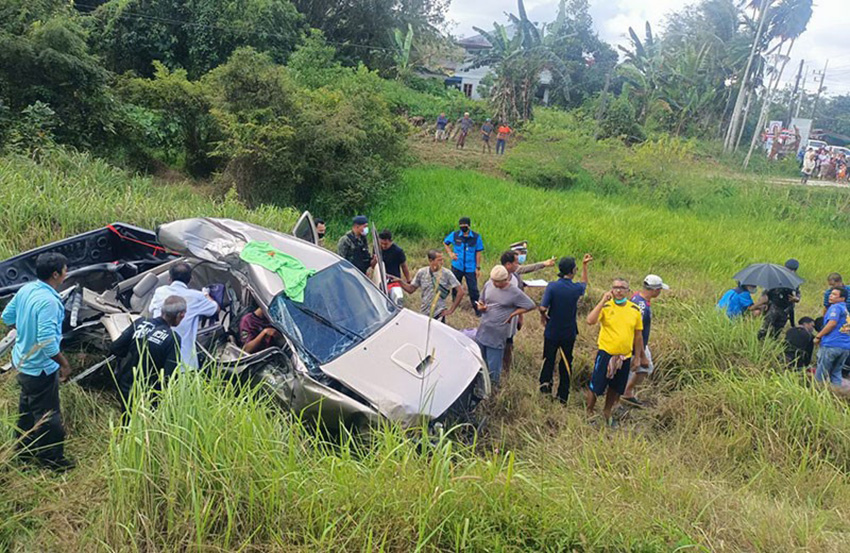 The Bangkok Post reports that Mr Yaya and Ms Pathumma were married last Friday. All 3 were taken to Chana Hospital, where Nassami was subsequently pronounced dead.

A police investigation has been launched, with officers reviewing CCTV footage to determine the cause of the tragedy.