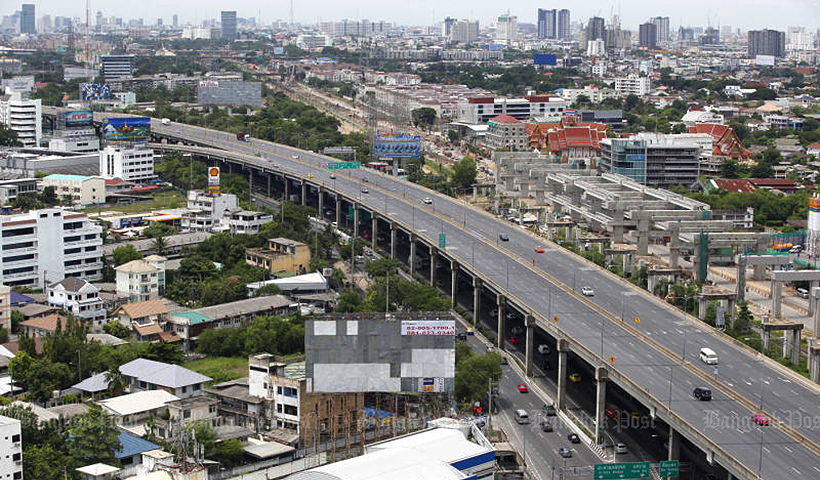 A new road speed regulation announced by the Expressway Authority of Thailand this week is capping speed limits on the country’s highways and expressways. On the ground, the maximum speed will be set at 110 kilometres per hour, while elevated roadways will be capped at 100 kilometres an hour.

Only a few months ago the same officials announced an increase of the country’s peak speed limit to 120 kilometres per hour. So… what happened?

The new speed limits took effect from July 22 but have now been reported and discussed widely on EXAT’s social media. Most people are unhappy with the new regulation and the flip-flopping of EXAT to decide on the country’s road speed limits.

Many people are criticising the revised limits saying that drivers often pay the tolls to utilise the elevated highways to bypass the traffic on local roads. They expect to be able to use their payments to hasten their journey, not go slower.

The new regulations allows regular cars, small trucks and vans to travel up to 110 kilometres per hour on ground-level expressways. School buses, public transportation and trucks with a load less than 2.2 tonnes are permitted a maximum speed of 90 kilometres per hour.

This change is a complete contradiction to a decision back in May to increase the maximum speed limits on four main highway arteries in Thailand to 120 kilometres per hour. It was envisaged that the new maximum speed will eventually roll out across all motorways with at least four lanes throughout the country.

In the meantime, all the to-ing and fro-ing on the expressway and tollway speed limit regulations is unlikely to have any effect with many Thai drivers speeding in excess of the poorly regulated and enforced speed limits anyway. Attempts to link the speeding and traffic infringement ticketing with the registration database have been threatened and failed over the past decade.

So, although the speed limits on Thai highways and expressways may be officially limited, again, you can expect it will be ‘business as usual’ on the country’s main roads.