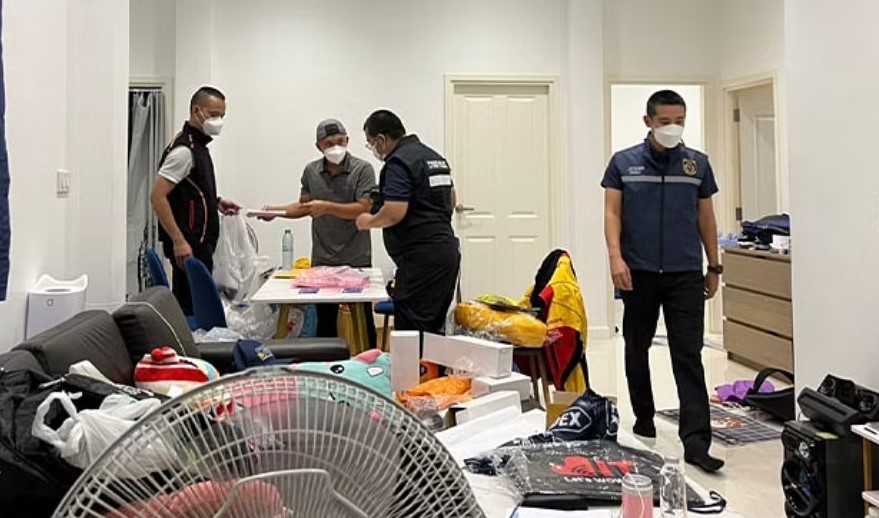 The Thai and Malaysian authorities have rescued a 13 year old Thai girl from prostitution in Malaysia, along with a Thai woman and 2 Indonesian women. Officers from Thailand’s Human Trafficking Prevention and Suppression Division worked alongside their Malaysian counterparts to rescue the victims and arrest 5 members of a human trafficking gang.

According to a Thai PBS World report, one of the traffickers was arrested in the eastern province of Chachoengsao and another in Chon Buri. The other 3 were apprehended in Malaysia. Jirabhop Bhuridej from the Central Investigation Bureau says police were following up on a complaint from the parents of the 13-year-old child that she had been lured by a fake job offer in Malaysia.

It’s understood the child responded to an advert on social media and was then contacted by the human trafficking gang. She was offered work in a massage parlour and allegedly told the salary could be anything from 20,000 baht, up to 200,000 baht per month. The child accepted the job and the traffickers then arranged to smuggle her into Malaysia at a natural border crossing in the Su-Ngai Kolok district of Narathiwat province.

Once the Thai police were notified by the girl’s parents, they contacted the Department of Consular Affairs at the Foreign Ministry and arranged for her rescue. It’s understood she arrived back in Thailand yesterday. A total of 5 suspects have been arrested and are facing 9 charges that carry a sentence of up to 20 years’ imprisonment if convicted.