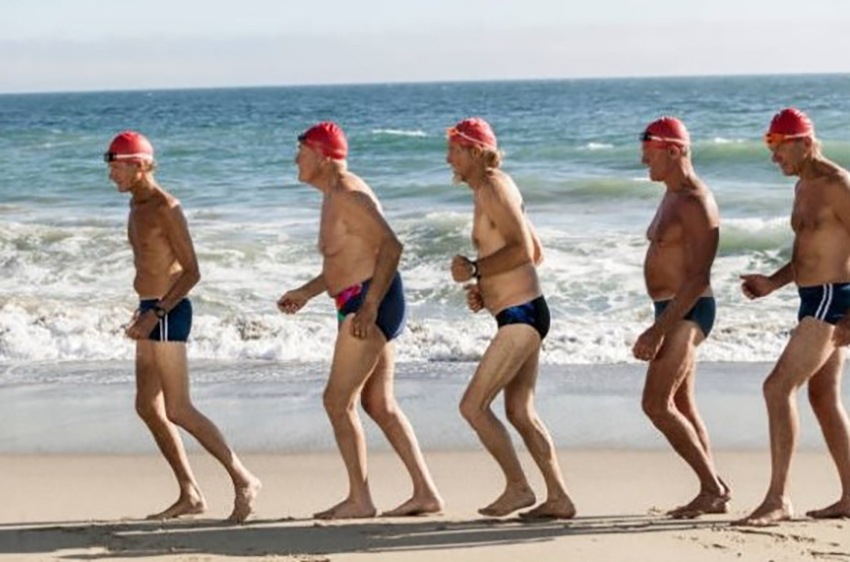 Runners in Pattaya in Speedos

Heading out for a run in the Thai heat will certainly have you breaking into a sweat in no time, but Thai netizens say that’s no reason to strip off. Well, not quite.

Social media users are up in arms over 2 ‘mature’ foreign gentlemen who were seen jogging through the respectable streets of Pattaya wearing nothing more than their speedos. Oh the horror!

Some Thais are demanding to know if the practice is even legal, according to a Nation Thailand report. The outraged netizens claiming that if a Thai person did such a thing, they’d be charged with public indecency. Photos of the scantily clad men, who are thought to be somewhere between 50 and 60 years old, have gone viral on Thai social media.

Netizens were “disgusted” that the exercise enthusiasts would jog down Jomtien Beach Road while “half-naked” (within walking distance of respectable bars frequented by upstanding clientele and young ladies wearing tight hot pants). They have blasted local officials for their seemingly lax attitude to foreigners’ dress code, accusing the authorities of allowing them to “break the law”.

Nation Thailand reports that Article 388 of Thailand’s Penal Code stipulates that anyone guilty of carrying out any “shameful act” in public, such as indecent exposure, risks being fined up to 5,000 baht.

Phuket-GO are unaware that running in only joggers and a pair of Speedos constitutes “indecent exposure” but would highly recommend that, in the case of doing so, you wear plenty of sunscreen.

Nation Thailand, in posting the photos, even went to the trouble of protecting our eyes from the sight of the actual Speedos. 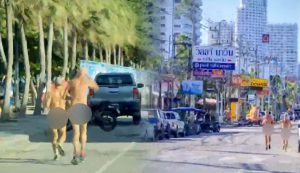 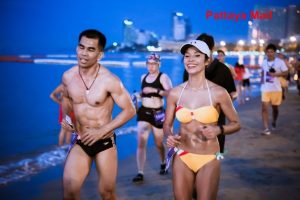 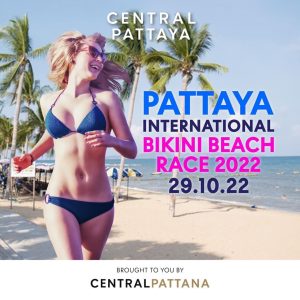