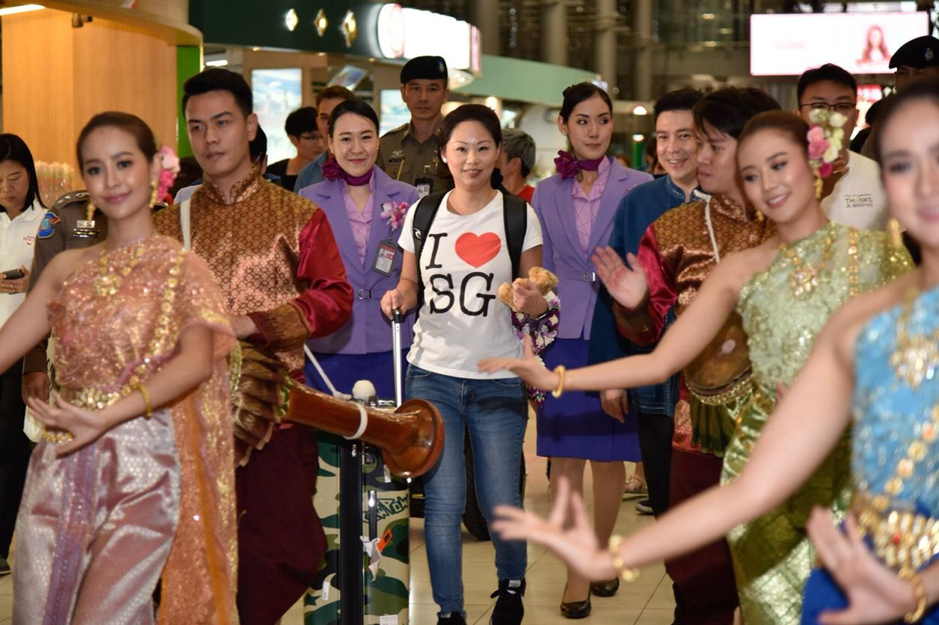 Thai tourism officials are optimistic they will hit a target of at least 500,000 Singaporean visitors this year. The Bangkok Post reports that flights between Singapore and Thailand have resumed to near pre-pandemic levels and the Tourism Authority of Thailand hopes to attract 150,000 Singaporeans in the last quarter of 2022.

Tanes Petsuwan, TAT’s deputy governor for Asia and the South Pacific, says the Singaporean market is important to the government achieving its target of 10 million foreign arrivals this year. So far in 2022, the kingdom has welcomed 6.9 million visitors.

The TAT has launched a marketing campaign targeting Singaporeans, in a bid to attract them to the kingdom. Singapore Goes High (we assume it’s not connected to the decriminalisation of cannabis) is a partnership with 8 airlines and travel agencies, targeting big spenders, including women who prefer wellness and gastronomy holidays, as well as sports fans, luxury car club members, and the top tier of credit card holders.

The campaign is running alongside another TAT initiative called High Aspirations, which targets young travellers in their late teens who have never been to Thailand. The TAT is working with schools and universities in Singapore in a bid to promote Thailand among this sector.

As of October 19, Thailand has welcomed 349,854 Singaporeans this year. There are currently over 200 inbound flights a week from Singapore, including direct flights to popular tourist destinations such as Koh Samui, Chiang Mai, Krabi, and Hat Yai, according to the Bangkok Post.