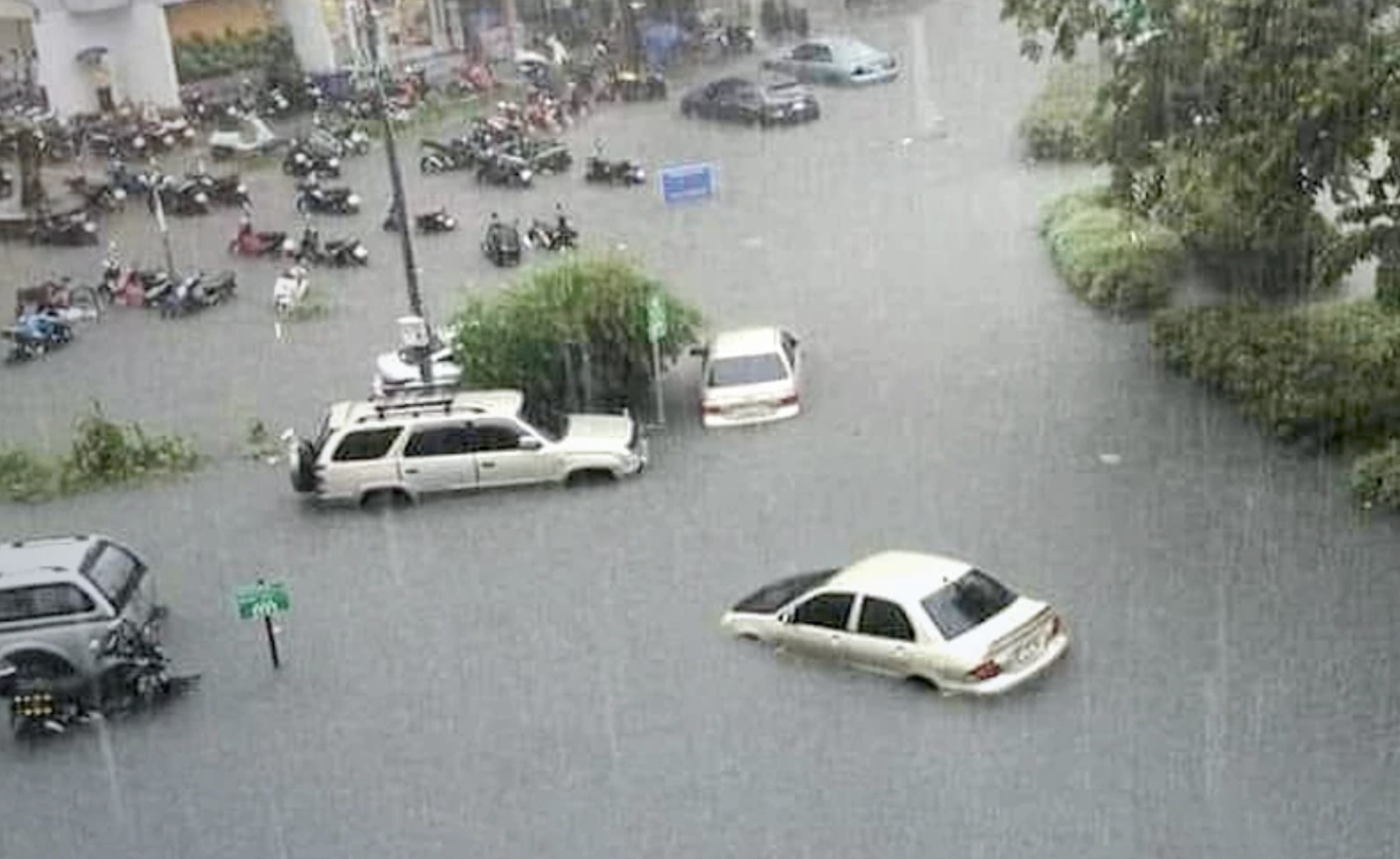 Widespread flooding is causing issues in districts in 14 provinces around Thailand,  mostly in the north and north-east of the country.

And in Bangkok yesterday the heavens opened up around 2.30pm and ended up causing significant flooding to the near north of the city centre. The Bangkok Flooding Prevention Centre reported that flooding had eased in locations like Lat Krabang, Saphan Sung, Prawet, Bang Na, Phra Khanong and Phra Nakhon later last night. Lak Si district reported the highest rainfall on Monday, at 165.5mm. To put that in context, Bangkok’s average MONTHLY rainfall is 124.8 mm.

The water level in the Ping River, measured at the Nawarat Bridge, had risen to 4.65 metres by 3pm, above the 3.7 metre critical level, due mainly to the arrival of runoffs from the Mae Tang river basin.

Officials warned that the flood situation could get worse, as more runoff is expected from Chiang Dao district and the Mae Tang river basin today and tomorrow.

Various agencies, including the military, have mobilised with equipment to provide help as requested by residents.

Other provinces, in the path of last weeks tropical depression ‘Noru’, are also battling flood waters after the storm dropped torrential rain in a bad from Ubon Ratchathani and Si Saket, through to central Thai provinces.

Bangkok officials are bracing for floodwaters later this week as the country’s overflows start pushing southward into the Chao Phraya. City officials are clearing canals and providing thousands of sandbags to low lying areas in preparations for potential flooding across the city.