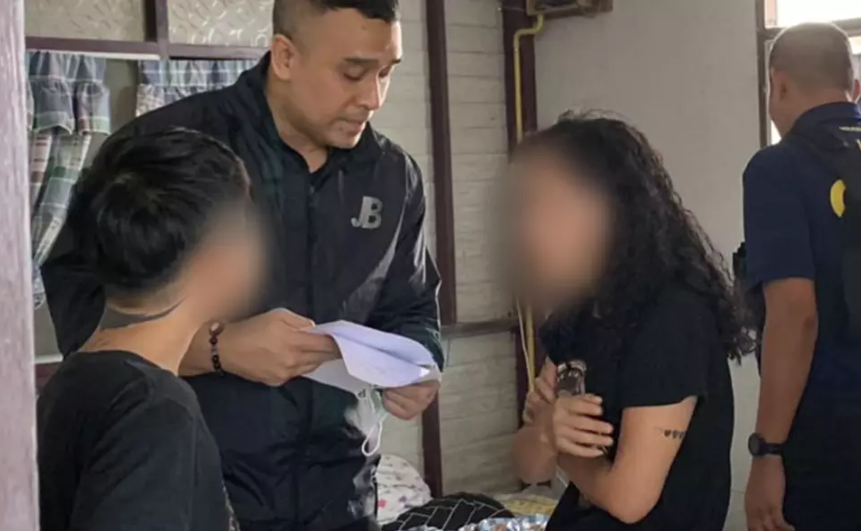 Officers from the Anti-Trafficking in Persons Division of the Royal Thai Police have arrested 3 people accused of luring a Thai man to Dubai to work in the sex trade. According to a Nation Thailand report, the suspects, two women and a man, are all Thai nationals.

Jirabhop Bhuridej from the Central Investigation Bureau says the arrests were carried out after a Thai man came forward, alleging the 3 had lured him to Dubai with promises of work as a massage therapist. Instead, on arrival, he was forced to work in the sex trade.

The 3 suspects have been named as 32 year old Janya Phuwong, 45 year old Nanthaporn Kullangka, and 37 year old Panuwat Sapsomboon. The arrests were carried out on warrants issued by the Criminal Court.

The victim, who has been identified only as “B”, says he had been promised work as a massage therapist in Dubai and told that he would earn 80,000 baht a month. However, on arrival in Dubai, his passport was confiscated and he was forced to work in the sex industry.

“B” says that on arrival at the “massage shop”, a Chinese manager seized his passport and he was forced to work in the sex trade. It’s understood B’s clients paid around 900 baht a session and half of that was taken to pay off the victim’s debt.

After being moved to a different massage shop, the Thai man managed to alert the Dubai authorities, who helped him escape and return to Thailand. Once back in the kingdom, he filed a police report.

It’s understood the investigation has uncovered that there was over 4 million baht in Janya’s bank accounts between the months of May and November. Jirabhop says officers have also uncovered information about travel arrangements made for several other people, who could also be potential victims.