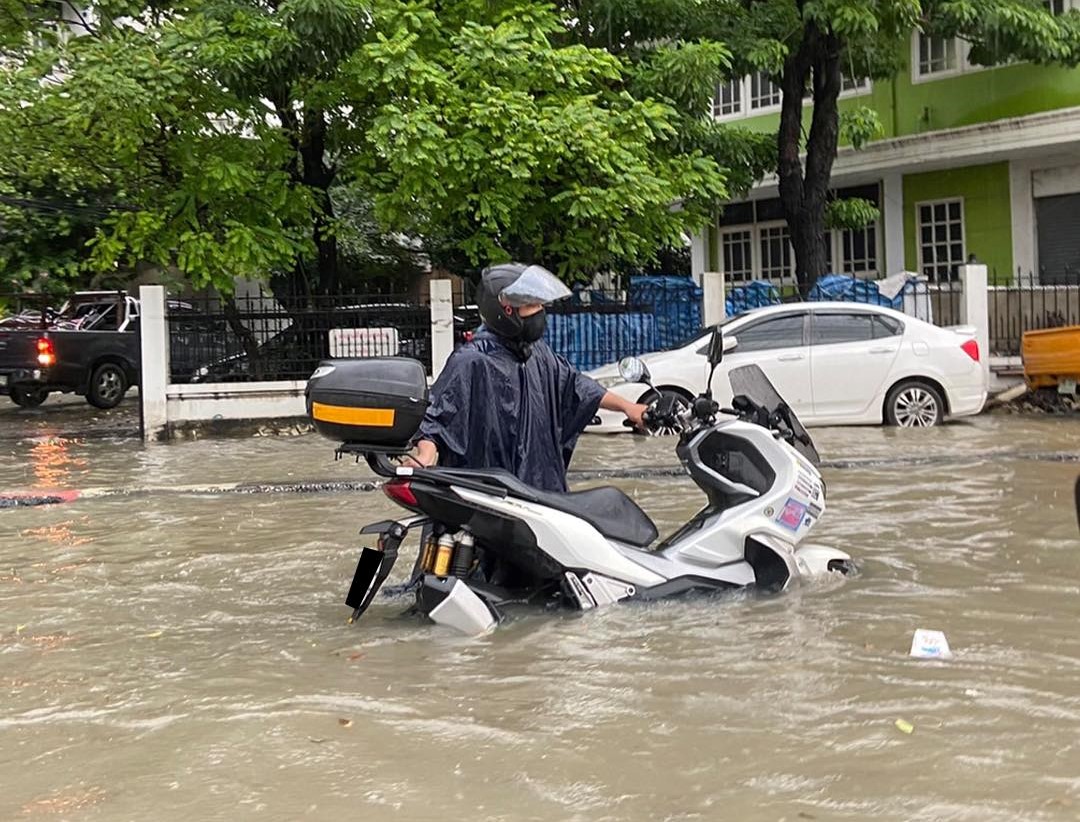 Bangkok roads have been left flooded after yesterday’s torrential downpours in the capital, with the Thai Meteorological Department saying there’s more wet weather to come. According to a Nation Thailand report, the TMD says a monsoon ridge over the east and lower central region, as well as the southwesterly monsoon over the Andaman Sea, means many parts of Thailand, including Bangkok, will see more heavy rain this week.

Yesterday afternoon, around an hour after the torrential downpour hit the capital, the Bangkok Metropolitan Administration’s Sewerage and Drainage Department released a list of the districts and roads that were worst affected. According to the Nation Thailand report…

• Roads in the compound of Pasaya and North Park housing estates

Lak Si district recorded the most amount of rain, with 122.5 millimetres reported in 6 hours. In addition, a number of local train services have been cancelled in Nong Khai, between Kaeng Koi Junction and Bua Yai Junction as a result of the tracks being underwater and damaged by floodwater. A further 6 trains between Bangkok and Nong Khai had to be rerouted due to a section of track that was underwater. 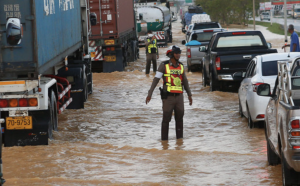