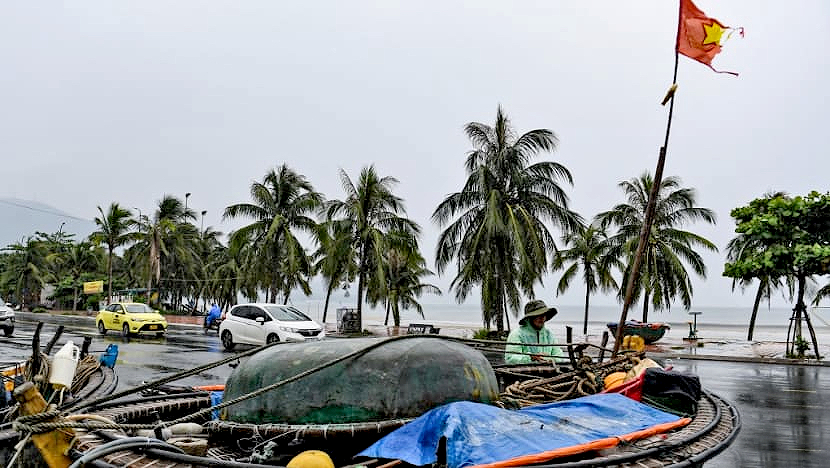 Typhoon Noru, now downgraded to a tropical storm, and probably downgraded further to a tropical depression before it reaches Thailand tonight and tomorrow, will bring heavy rains to central north-eastern provinces. The Chi and Mun river basins in the north-east of Thailand will suffer the worst effects of the storm, according to the Thai Meteorological Department.

The typhoon made landfall in Vietnam over tourist town Hoi Ann, south of Da Nang last night. Noru had already killed 8 people in the Philippines as it passed through Luzon island over the weekend. It then headed westward into the South China Sea towards Vietnam,. Laos and Thailand.

The TMD says the amount of rainfall may not be as much as that caused by two previous storms, Noul in September 2020 and Dianmu last September. Although the three storms share similar path across Thailand’s north eastern provinces, rainfall, predicted using computer simulations, is expected to be about 200mm from Noru, compared to 407mm for Noul and 300mm for Dianmu.

There are still flood warnings out for north eastern provinces and residents have been told to prepare for possible torrential rain, flooding and landslides. 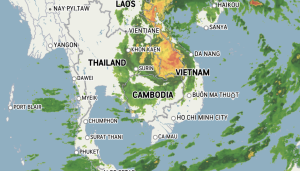 For Phuket, the large storm system is dragging in large amounts of moisture from the Indian Ocean across southern Thailand but is expected mostly to bring moderate to heavy rains throughout the rest of this week. But the TMD has issued this current warning…