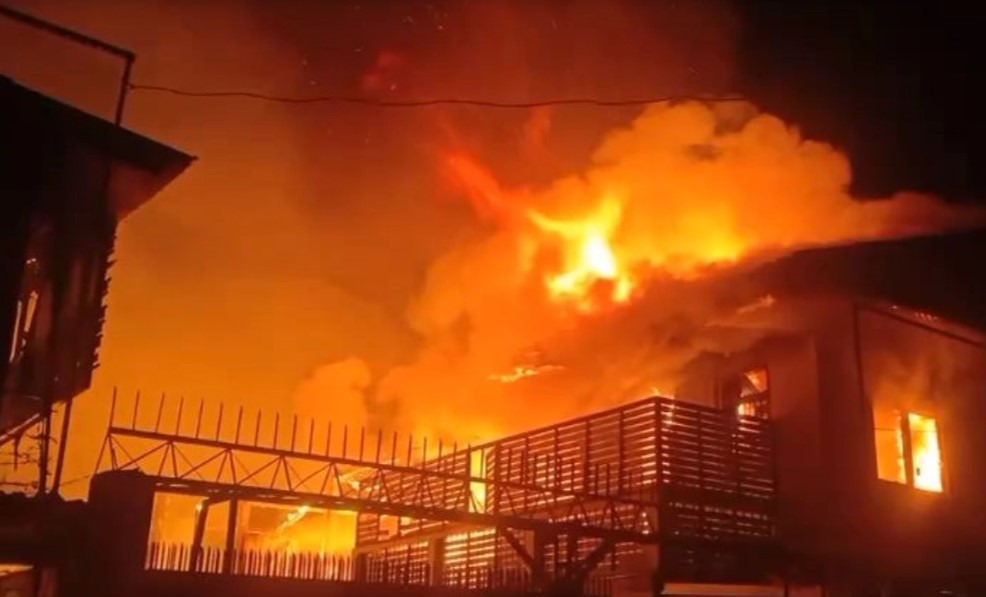 A fire which tore through 4 houses in Bangkok early this morning has claimed the lives of 2 people, according to a Thai PBS World report. The fire broke out in the Dusit district of the capital, in the Samsen community of Soi 13.

It’s understood the fire took hold in a wooden house at around 2.30am and quickly spread to 3 adjoining properties. Despite several fire engines racing to the scene, they could only get about half-way down the narrow soi and firefighters had to pull their hoses to the end of the lane.

It took around an hour to extinguish the blaze, which completely destroyed the 4 houses. A subsequent search of the properties found 2 bodies, which have not yet been formally identified. Another resident sustained injuries in the fire, according to the report.

An investigation has been launched to determine the cause of the blaze.