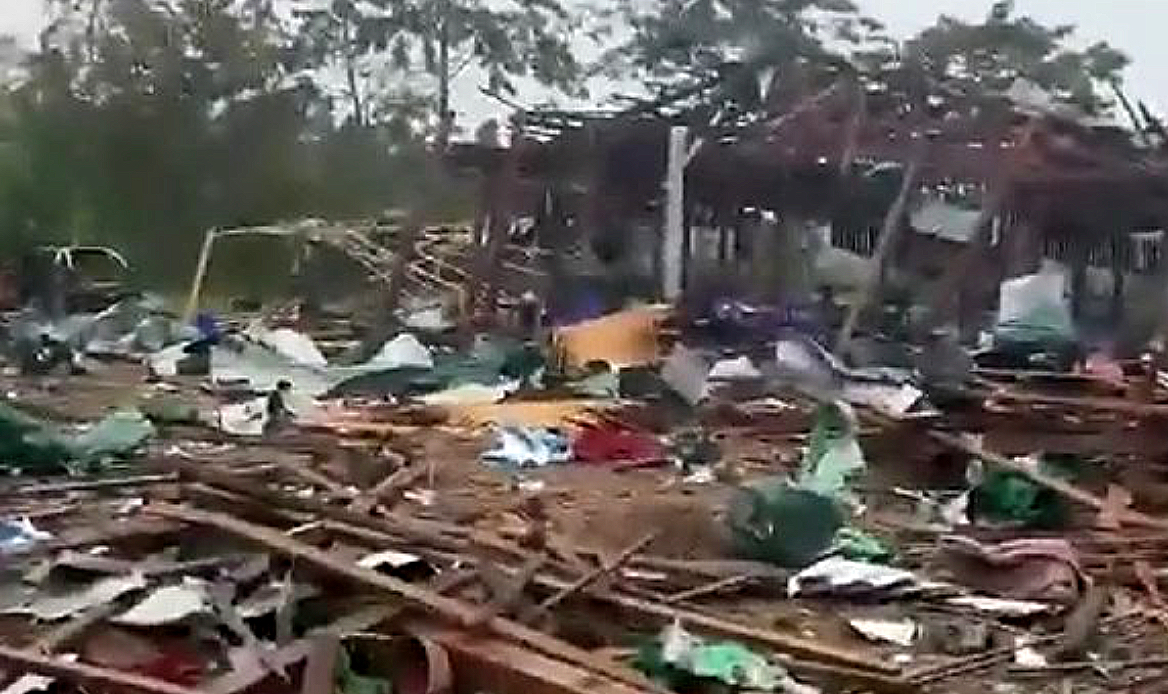 30+ people have been confirmed as killed during an air strike attack during a concert hosted by ethnic opposition groups against the Burmese Junta. VOA has reported that the death toll is 50. The Guardian is reporting the number as high as 60. The number is expected to rise as confirmations are made by local media.

The air strike was on Sunday in Kachin, northern Myanmar. Between 300 – 500 people were attending the concert when the airstrike happened at 8pm. The unprovoked attack killed local residents, performers and officers from the Kachin Independence Army which is one of many ethnic groups consolidating in opposition against the Military following last year’s coup.

Reports say that there were three jets involved in the attack. The Myanmar military has not responded to requests for comment over the attack.

A KIA spokesperson Naw Bu claims that the airstrike targeted celebrations of the 62nd anniversary of the formation of the Kachin army’s political wing, the Kachin Independence Organisation.

“The air raid was intentional. The KIO strongly condemns this.”

The Kachin people have been fighting for greater autonomy over their region for 60 years and is one of many armed ethnic groups that continue to resist compliance with the Burmese Junta since the coup in February 2021.

“This is quite a wicked act which can be also considered war crimes.”

The death toll has been estimated by local media and is not yet confirmed.

The incident precedes a meeting of the ASEAN foreign ministers this week which was meant to come up with the latest peace plan to return Myanmar to democracy. The Burmese military have rejected all attempts for intervention of ASEAN and refuse to participate in talks with opposition groups to resolve the ongoing violence.