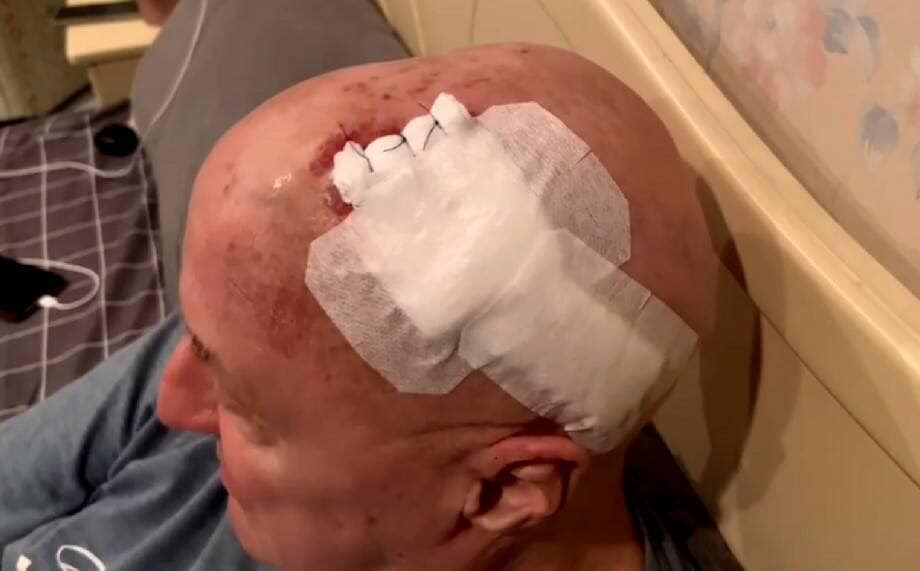 The driver of the vehicle, also a foreigner, has been identified and currently helping police with their enquiries.

A hit-and-run incident in Pattaya has left a British tourist with 4 stitches in his head and a hip injury, according to a Nation Thailand report. CCTV footage of the incident shows a white pick-up truck speeding through a pedestrian crossing before hitting 74 year old Peter Palmer, hurling him into the air. The truck did not slow down or stop following the incident.

According to the report, the hit-and-run took place on Jomtien II Road. In the video clip, a security guard can be seen rushing to assist Mr Palmer while waiting for an ambulance. The guard used an umbrella to shield the injured tourist from the sun, while directing traffic around him.

Mr Palmer was taken to hospital, where he received 4 stitches in his head and was treated for a hip injury before being discharged. He has told the media that he stepped on to the pedestrian crossing because the green light was on and he still had 12 seconds in which to cross the road.

He adds that all other vehicles had stopped at the crossing when a speeding white truck appeared out of nowhere and hit him. The tourist is now urging the truck driver to come forward and be accountable, adding that he plans to file a police complaint.