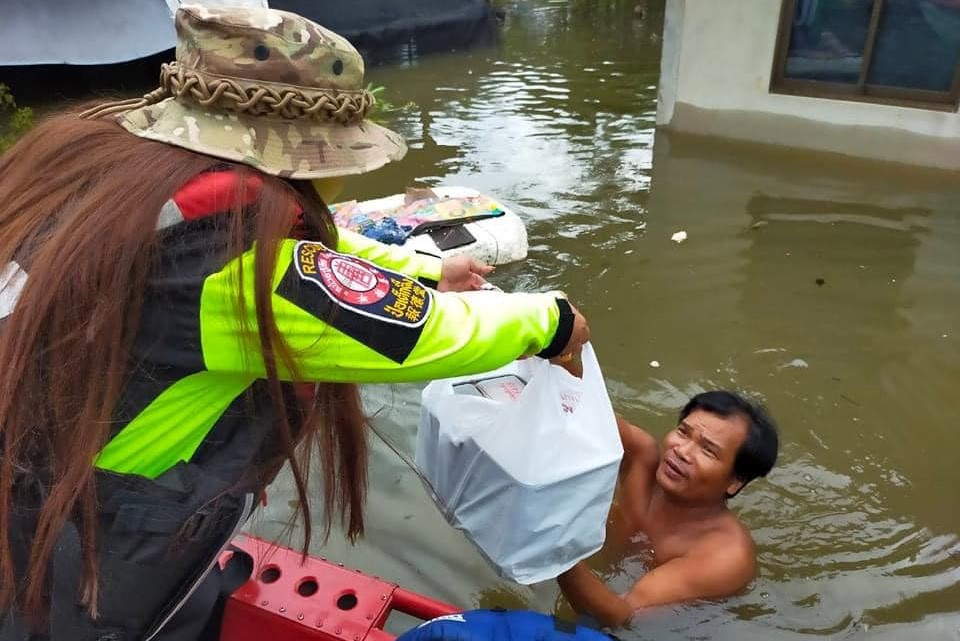 Over 4,000 residents in the north-eastern province of Ubon Ratchathani have been forced to leave their homes, due to the flooding risk from storm Noru. The Bangkok Post reports that the tropical storm, which has now been downgraded to a depression, has brought heavy rain to the Isaan region, along with strong winds.

The storm started out as Typhoon Noru, cutting a swathe through the Philippines over the weekend, killing at least 10, then recharging as it headed west over the South China Sea onto Vietnam, Laos and then the north-east of Thailand.

The Thai Meteorological Department has warned of flash floods and run-offs near waterways and in low-lying areas. Much of the region is still struggling to cope with floods from recent torrential rain in the past few weeks. Provincial governor Pongrat Piromrat says the water level in the Mun River, which passes through eight districts of Ubon Ratchathani, is rising and has joined the Chi River in the districts of Muang and Warin Chamrap.

This has caused the flow of the river to increase to 3,400 cubic metres per second, causing the Mun to burst its banks and flood villages across 14 districts, with some 4,000 residents evacuated to higher ground and temporary shelters.

What’s left of the storm are now dissipating to the north of Bangkok across the central plains. This radar image from 1pm today (Thai time)… 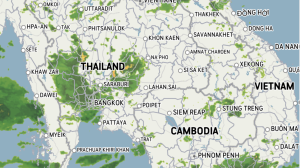 According to the Bangkok Post, over 99,000 rai of farmland has been damaged. Some of the Mun’s flow has been diverted to the Mekong, where water levels are now starting to fall, according to Pongrat.

The floods, and management of dam flows in central Thailand, will have a trickle-down affect in the capital Bangkok next week as the storm overflows make their way down tributaries and the Chao Phraya River towards the Gulf of Thailand.

The storm has also affected air travel in the region too, with heavy rain and strong winds at Ubon Ratchathani airport. Airport director Atthaya Larpmak says yesterday’s Nok Air flight DD322 from Bangkok’s Don Mueang airport had to circle 3 times while attempting to land in bad weather, before eventually having to return to Don Mueang. Thai Lion Air flight SL624, scheduled to depart Don Mueang for Ubon Ratchathani, was cancelled.