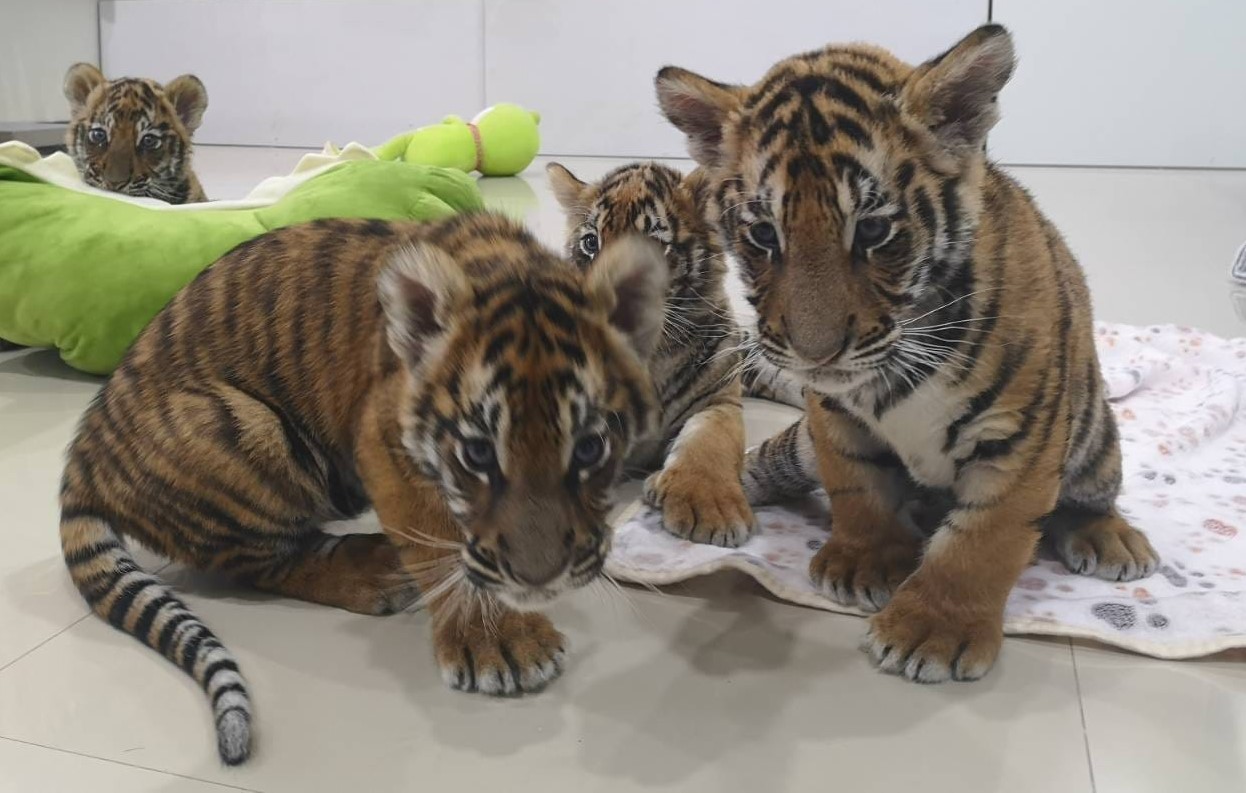 Wildlife officials in Thailand are working with their counterparts in Laos in a bid to track down 30 tiger cubs believed to have been smuggled across the border. Last month, the authorities in Laos helped rescue 4 trafficked tiger cubs.

According to a Nation Thailand report, the National Park Conservation Area Administration Office, in the north-eastern province of Ubon Ratchanthani, says it’s working with the Laotian authorities to find the missing cubs.

Director Chaiwat Limlikit-aksorn says he believes the animals will be smuggled back into Thailand and sold to restaurants illegally offering “exotic meat”.

Meanwhile, the 4 cubs rescued last month have been named as Kham Khong, Kham Daen, Savan, and Mukda. The authorities believe they were trafficked from a tiger farm in Thailand to criminals in Laos.

They were then smuggled back into Thailand and sold to park officials who were acting undercover in the north-eastern province of Mukdahan. The undercover officials had offered to pay 1.5 million baht for the 4 cubs, who were only around 2 months old at the time.

The rescued cubs were weak and diagnosed with malnutrition, but Chaiwat says they’re now doing well, with each weighing more than 7 kilos, and their health being monitored by a veterinary team. The couple accused of smuggling the cubs are in custody and awaiting prosecution.

According to Chaiwat, the authorities are waiting on the results of DNA testing in order to know if the cubs came from a Thai farm. If this turns out to the case, the farm will face prosecution. If the 30 missing cubs are also found, they too will undergo DNA testing, Chaiwat says.

Meanwhile, park officials have also rescued a slow loris after it was abandoned by its owner. The creature had burnt its arms and legs after climbing a high-voltage power pole. Chaiwat says vets had to amputate the damaged limbs in order to save the animal’s life.