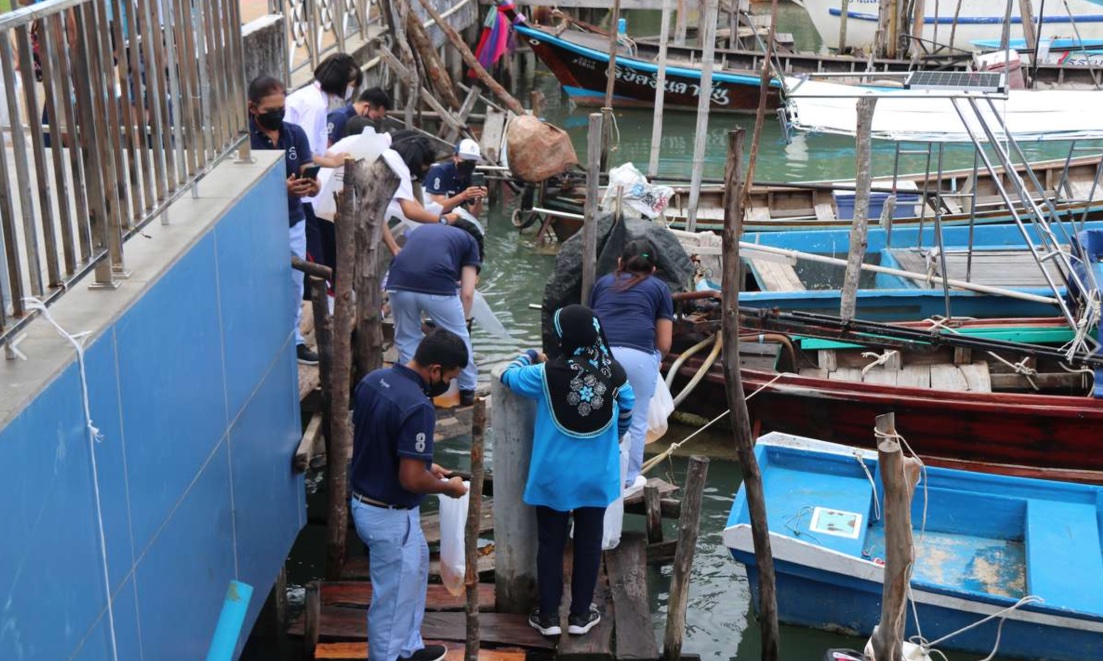 To commemorate the 90th birthday of the Queen Mother, the Phuket Vice Governor, Pichet Panapong, chaired a ceremony to release 500,000 banana shrimp (a variety of shrimp commonly found in the Indo-West Pacific oceans which are farmed extensively in in both Australia and South-East Asia. at the Mudong Canal in Chalong. The ceremony was organised to pay respect to Queen Sirikit, the Queen Mother, who married the former King of Thailand Bhumibol Adulyadej in 1950.

The head of Phuket Fishery Office, Sittipon Muang Song, also attended the ceremony. He said that every year the Fishery Department would make a sea animal release for HM the Queen Mother Sirikit’s Birthday.

This year Her Majesty reached the age of 90.

Sittipon said the event not only celebrates her birthday, but the ceremony also helps preserve and increase the level of sea animals to help stabilise the local fishing industry in the area, and create awareness among the attendees.

Earlier in the day the Phuket Governor officiated at candle lighting ceremonies and a multi-faith religious service to commemorate the occasion. 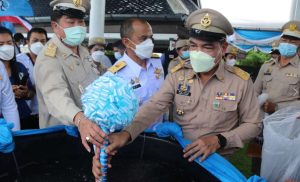