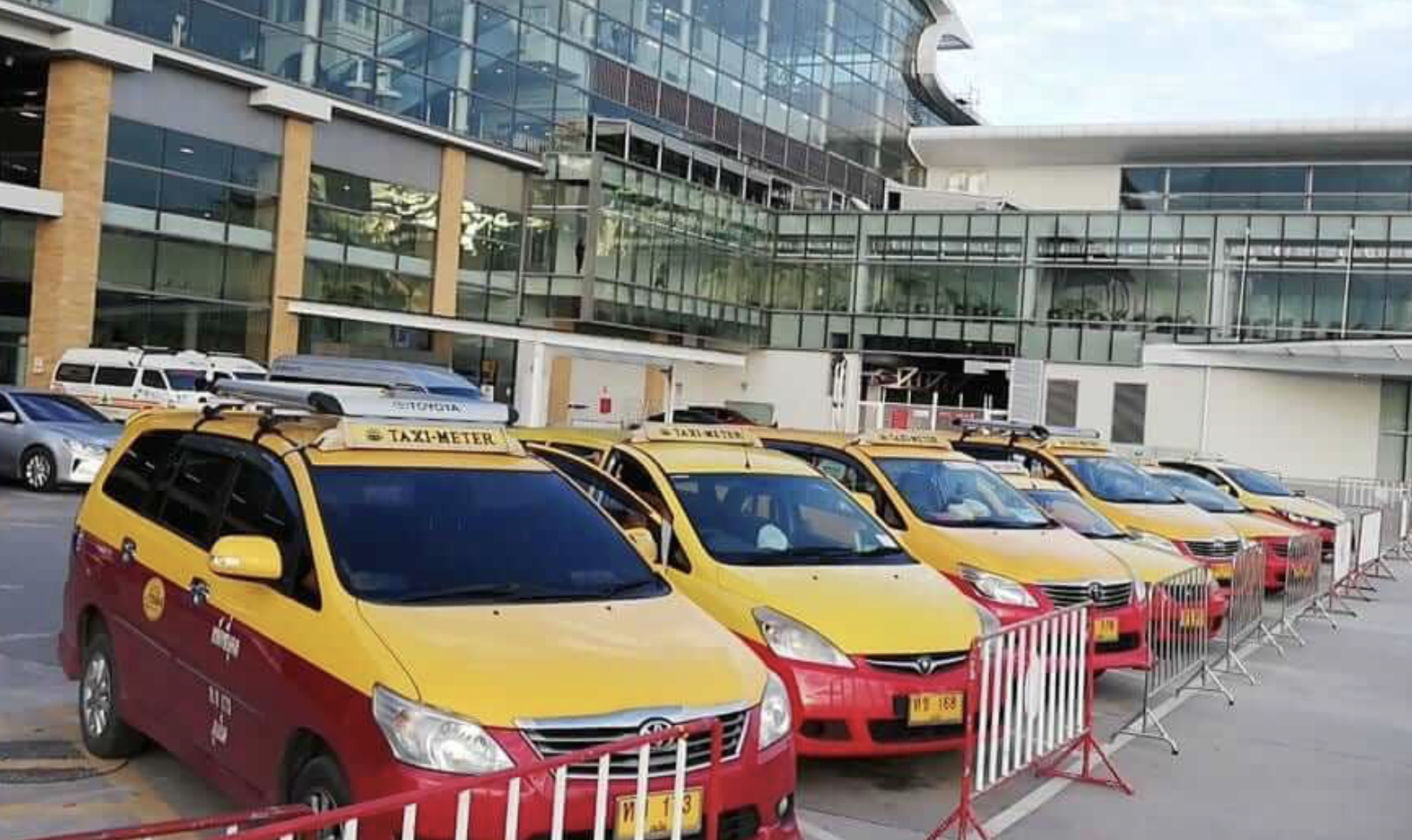 Easy. Turn on the taxi meters. And police the situation.

Sounds easy but solving or sorting out Phuket taxi, van and tuk tuk ‘mafia’ over the past 2 decades has alluded successive Phuket governors, police chiefs and even national government intervention.

In fact there is at least one former decorated police major general, Paween Pongsirin, who was forced to seek refuge in Australia in fear of his life after trying to intervene in the web of cabals and extortion that control taxi and transport prices on the island.

The problems start and finish at the Phuket International Airport, usually the first and last place travellers see on their trip to Phuket. They will be ripped off on their way out of the airport, and probably when they return. And then they will try and take short trips from one end of Patong to the other, or from Karon to Kata, and balk at the high fixed prices.

Putting up with a detour to a jewellery store or the taxi driver’s brother’s hotel is the least of your worries in Phuket.

The Airports of Thailand have entered into an unholy alliance with the island’s taxi and tuk tuk gangs to maintain a controlled pricing structure for everyone. Those prices are at least 3 -4 times what you pay for a similar trip in, say, Bangkok. Why is Phuket so special and why are the taxi, van and tuk tuk prices so high?

No one would want to deny good taxi drivers of a fair day’s pay for a fair day’s work. And there are many excellent taxi drivers across the country. But everything changes when you arrive in the southern island of Phuket in what is becoming a core PR problem for future tourism and a common reason many people refuse to revisit after experiencing problems with taxi and tuk tuk fares, and in some cases, the drivers.

If taxi fares are too low across the country, then that is a different debate for industry officials to take up with the Land Transport Office and Thai government. But to have different rates – sometimes up to 4 times higher – in one area of the country, is a slur on the entire taxi industry and the government officials that control it.

Compare the situation to Don Mueang and Suvaranbhumi international airports in Bangkok. In both cases there is a well-organised queue, a line of taxis, a ticketing system and uniformed drivers, usually waiting with their boot open ready to help you with your suitcase. In contrast, in Phuket, you will be harassed to take an airport taxi at a fixed price. No meters. No organised lines of cabs.

There is an airport bus that usually runs every hour but doesn’t go past every tourist zone on the island.

Ah, but what about ride-hailing apps?… I hear you ask.

Yes, go ahead and use Grab or Bolt but be aware that they are being ‘coerced’ to keep their fares much higher than they would in, say, Bangkok. And you can’t catch your app-based ride from the Phuket airport concourse. You’ll need to take a 2 minute walk off the airport premises and meet up with them on the main road.

But even there, the AoT has even made things as difficult as they can by putting out witch’s hats preventing parking immediately outside the gate.

Similar problems exists in Samui when there is a large degree of control over the pricing of taxis and transport from the airport. Samui’s airport problem is exacerbated by the monopoly of ownership where Bangkok Airways owns the airport and, domestically, only allows its own, overpriced flights into the island.

But, back to Phuket…

Breaking the cabal that controls Phuket’s taxi and tuk tuk problem will not be easy. Perhaps all authorities can do is appeal to the driver’s better nature and remind them of their role in the island’s image and reputation.

The problem has become generational too whereby youngsters would aspire to owning a tuk tuk rather than buying a house.

Residents, hospitality business and tourists were all hoping that a 2 year ‘break’ during Covid would have tempered the rampant over-pricing and the systems that control it. But, no, the taxi ‘misunderstandings’ have been making headlines almost every week since the island tentatively reopened in July 2021 with the Sandbox program, in both Thai and foreign media.

Just turning on the taxi meters would partly solve the issue but, when that has been insisted on in the past, some enterprising meter-fiddlers have found ways to turbo charge the black boxes sitting on the dashboard of their vehicles. The numbers click through the baht at a rate several times faster than normal – there are plenty of documented cases.

Who will be the brave souls to tackle this existential problem for the island of Phuket? Many have tried and all have failed.

Even the island’s hotel and hospitality industry associations just grin and bear it, and prefer pictures of pretty beaches and promoting the positive whilst turning a blind eye to the PR problem posed by one of the local tourism industry’s key components.

So, as the island tries to valiantly recover its tourism business, the handbrake of bad ‘taxi’ PR continues to be both a constant nuisance and permanent stain on ongoing recovery for Phuket.

In this article:cost of fares in Phuket, Phuket taxis, taxi mafia, taxis in Phuket, tuk tuk, vans in phuket