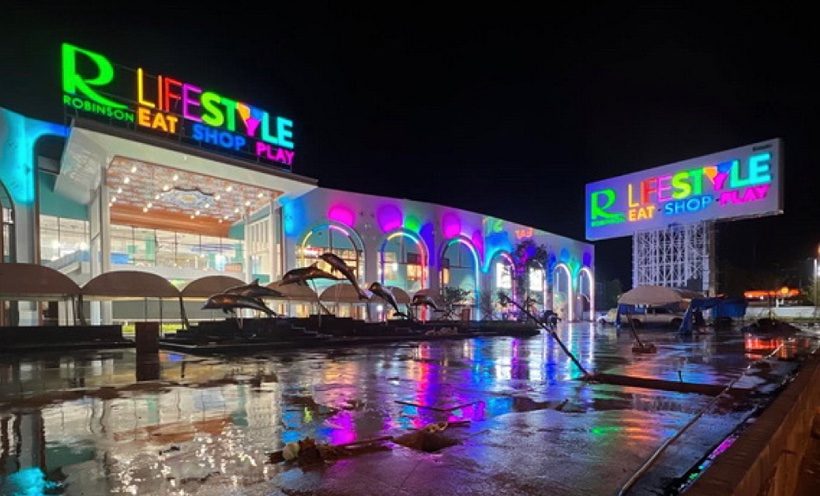 We’ve been watching it grow out of the ground on the north west corner of the Heroine’s Monument intersection, seemingly for years.

And now it’s open – the new Robinson Lifestyle Shopping Centre and Robinson Thalang Department Store – which finally opened yesterday. It covers an area of 44,000 square metres and cost 1.1 billion to construct. The site has lots of on-site parking and is themed with a faux ‘sino-portuguese’ vibe consistent with Phuket’s heritage and the shop houses of Old Phuket Town with splashes of turquoise blue the predominant colour pallet.

It was originally meant to open in May 2020 but, due to restrictions imposed by the Thai government during the Covid-19 pandemic, construction was delayed. Robinson Department Stores are a Thai owned department store company. It was originally established in 1979 and was merged with the Central Group in 1995.

You won’t see Prada, Louis Vuitton and Tiffany & Co at the new shopping centre. It is aimed at the Thalang community as the area’s first department store and large general shopping centre, competing with the Lotus shopping precinct further north along Thepkasattri Road. The new Robinson Lifestyle complex also includes cinemas and a Tops supermarket.

It’s the 26th Robinson store across the ASEAN region.

During the opening ceremony the Phuket Governor Narong Woonciew said that the new centre could eventually provide jobs for 1,200 local workers.

The new Robinson Lifestyle Shopping Centre is open daily from 10am – 9pm. 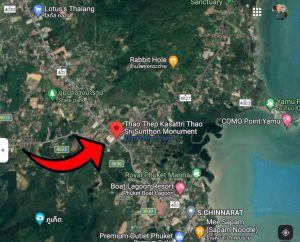 In this article:cinemas in Phuket, Robinson, Robinson Lifestyle Shopping Centre, shopping in Phuket