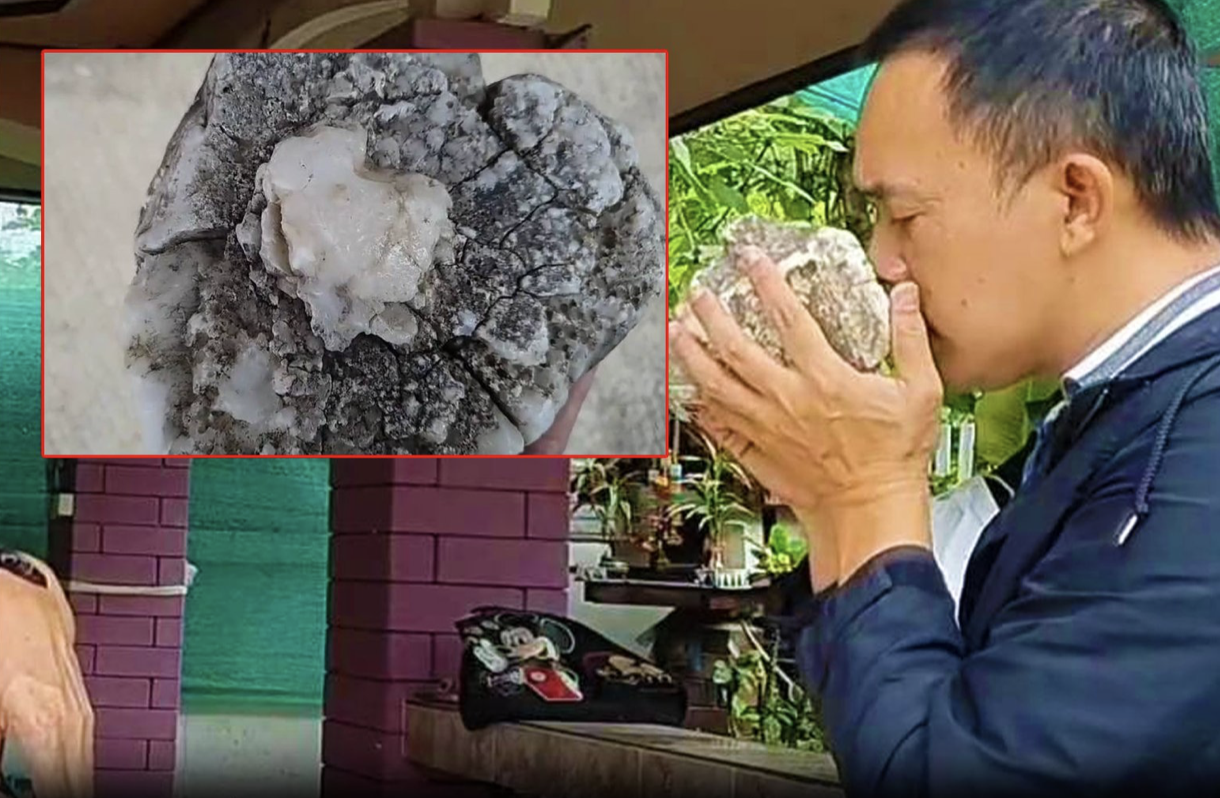 Finding ambergris on a Phuket beach

A Thai visitor from Phayao province (northern Thailand) has told reporters on the island that he found an item that is very similar to the high-value ambergris on a Phuket beach and is going to have it tested and hopes to sell it for a “proper price”.

Ambergris – a solid waxy substance originating in the intestine of the sperm whale (Physeter catodon). In Eastern cultures ambergris is used for medicines and potions and as a spice; in the West it was used to stabilise the scent of fine perfumes – Wikpeida

He said that he was offered five-digit cash to buy the item but he rejected the offer so far. About a year ago, he travelled to Phuket and his son found the item on the beach then brought it back to him, so he kept it.

‘The item is a solid piece of one-inch diameter and marble-like colour.”

He said “it smells fishy”. When he tried to heat it with fire, there was liquid coming out that looked like melted candle or oil.

He said that he asked his daughter to search for more information on the internet and found that ambergris could have different colours, from grey to black or even orange or white and “marbly colour” like his. If it is really ambergris and someone offers the right price he will be happy to sell it.

In 2020 a Thai man in Nakhon Si Thammarat (southern Thailand) struck it rich after finding whale vomit (ambergris) on the local beach. Narit Suwansang thought his discovery was just a large rock, but had an inkling that it could be something more. It ended up being valued at US$4.2 million!

In this article:Ambergris Phuket, beach in Phuket, finding ambergris, what is ambergris