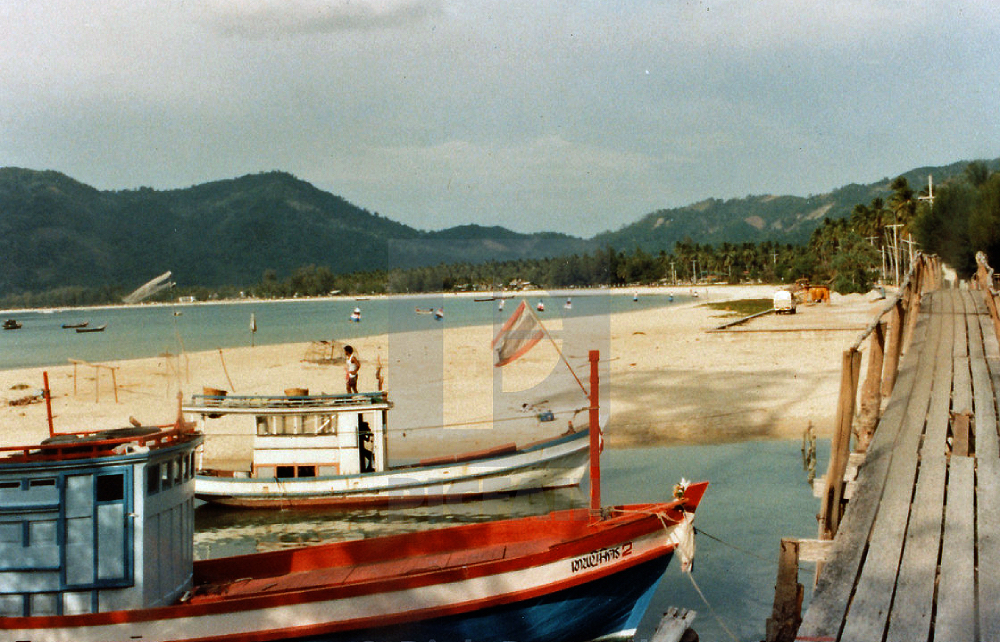 Compared to mining tin and growing rubber trees and pineapples, tourism is a fresh revenue stream for Phuket having only emerged since the 60s and 70s. But tourism is now THE main industry in Phuket, by far, having exploded over the past 4 decades. In 2019, before the pandemic, some 1.5 million people were coming to Phuket every month, on average.

Phuket has grown from a backpacker haven to a diverse island attracting all travellers in the spectrum from 1 star to 5 star – from tropical paradise to modern urban Thai island.

Of course, there’s still the amazing beaches but now also upscale hotels, fancy shopping malls and hundreds of on-island and off-island tourism experiences and attractions, a far cry from the thatched roof beach restaurants and beach bungalows of the early days.

Sarasin Bridge, the 300 metre long link with the Thai mainland, was officially opened in July 1967, providing a much-needed road link between Phuket and the rest of Thailand.  Before then it was an irregular car ferry that was the only land-link between the island and mainland.

Until the mid 1960s, Phuket had been largely underdeveloped, agricultural and been through a boom in tin mining after its very early days as a trading port. But the new Sarasin Bridge could now easily transport foreign and domestic tourists, albeit via a gruelling 17 hour journey from Bangkok. The road from the capital to the little southern island was NOT so good in those days.

In the same year the Tourism Organisation of Thailand, predecessor to the current Tourism Authority of Thailand, drew up a master plan to transform Phuket into a tropical haven for tourists. 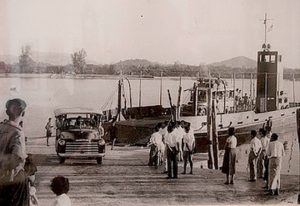 In 1977 the Bangkok Post published an article (in an actual newspaper!) about the hundreds of beach bungalows, rooms and shelters lining Phuket’s pristine beaches, complete with palm trees and coconuts.

Tony Wheeler’s book ‘South East Asia on a Shoestring’ was published in 1975 and described Patong Beach as “long, white, clean and lapped by picture postcard clear waters”. And it was. 50 years ago Patong Beach was an unspoilt 3 kilometre long stretch of white sand.

Natty little hotels and restaurants had already been established along the beach by this stage. Already quite ‘pleasant’ as unvarnished tropical beach stays go, the area was already starting to build a reputation for an ‘adult’ nightlife scene.

Some Patong beach restaurants were offering a patch of their floor to backpackers for as little as three baht a night. For an extra few baht you could also rent a mat to put on the floor.

At this time, bungalows with double beds on the fledgling Kata Beach cost around 60 baht per night. In the 1970s the better hotels were still in Phuket Town, on the other side of the island, rather than the pioneering beach locations dotted along the west coast.

The 1970s were still attracting the early-adopters, the first wave of travellers who were grabbing a copy of the Lonely Planet (first published in 1973) and going “off the beaten track”.

In those days Lonely Planet extolled the virtues of the barren beaches and the backpacker scene (which has now sort of moved to Koh Phi Phi Don, about 45 minutes from Phuket by speedboat). Now, the Lonely Planet guide for Phuket starts with…

According to the local Governors of the time, Phuket was only useful to the backpacker crowd who only wanted to buy soap, toothpaste, a mat to sleep on, a cheap room, even cheaper beer and a plate of fried rice or noodles. Spending as little as possible was the aim for most of these early travellers to Phuket.

But these backpackers became the early ‘influencers’ of the time, spreading the word to the world about the pretty little Thai island with the coconut groves, long stretches of beaches, cheap food and Thais eager to give them a “good time”.

Whilst some in the west merely giggled at how to pronounce this ‘Phuket’ place, the arrival numbers started to increase, as did the investment on the island. 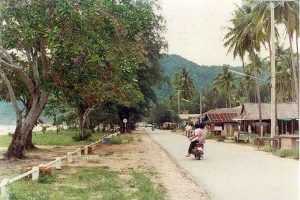 By 1982, the island’s accommodation sector, at all levels, was still growing. Whilst still mostly ‘bungalow’ in style, the beachside properties were becoming more sought after as investors started to buy up land, not all of it legally acquired, a legal mess that is still being sorted out to this day.

The 1990s started seeing the serious money and investment in 5 star properties as island governors tried to nudge the island’s promotion to a more monied traveller. Phuket started getting a reputation as the new place to hang out for the late 20th century jetset and some very swish hotels and new enclaves of 5 star accomodation and villas started appearing all over the island.

Phuket’s transition from a trading town, bridging the eastern and western traders, to tin mine, and then to a world class tourism hot spot has vastly reshaped the island’s reputation and landscape.

Thai-Chinese families who owned once large plantations and inherited mining licences, have been able to sell off their land to eager developers at huge profits.

The demise of the tin mining industry in 1985, when tin prices fell drastically due to falling global demands, saw around 90 per cent of the tin mines in southern Thailand shut down. The remnants of this once fruitful mining industry on Phuket can still be seen with the hundreds of small lakes and lagoons which dot the landscape, many with lines of expensive townhouses along their shores, the owners probably unaware that the beautiful coastal lakes they are looking across were just tin mines a few decades before.

By 2019 Phuket was attracting more than a million travellers per month, just coming through the international airport, on top of all the traffic that still flows daily across the Sarisan Bridge.

Phuket’s reputation for attracting backpackers is still a ‘thing’ although various waves of middle class nouveau travellers from Eastern Europe, China, India and northern Asian countries has kept those in Phuket’s hospitality industry on their toes as the new demographics forced a change in the way Phuket’s tourism is both marketed and delivered.

Since the Covid-19 pandemic, Phuket has had to survive on a handful of tourists and may be decades away from reaching it’s pre-2019 tourist numbers again, if ever.

So Phuket, as it has for the past half century, will head into its next phase of tourist evolution. As the 1970s Phuketians had no idea what was to become of their little Thai tropical paradise, it’s the same now as the next chapter of the island’s history is about to be written. 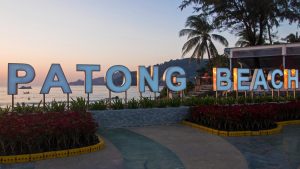